This is slightly edited version of a column that appears in the August edition of The Business Monthly serving Howard and Anne Arundel counties.

It was easy to feel sorry for state Secretary of Health & Mental Hygiene Joshua Sharfstein during the last couple of years. When it was announced he was leaving the department late last month, the only surprise was that his departure wasn’t immediate and that it hadn’t happened sooner.

Instead, Sharfstein will hang on to the very end of the O’Malley administration, before he moves on to The Johns Hopkins Bloomberg School of Public Health. He said he wanted to oversee the implementation of the revamped Maryland Health Care Exchange that was such a flop last year.

Sharfstein seemed a likely person to blame in that debacle — after the head of the exchange was fired. Lt. Gov. Anthony Brown was ostensibly in charge of the exchange, but internal documents revealed that he didn’t know much about what was going on.

Sharfstein was the cabinet secretary actually in charge, and if he wasn’t paying close enough attention as the contractors missed deadlines and squabbled, he was certainly paying attention after thousands of Marylanders couldn’t sign up for health insurance.

Sharfstein already had too much dysfunction begging for attention at the Department of Health and Mental Hygiene. The department with that rather antiquated name has the largest single budget in the state; this fiscal year, the department is due to spend $11.4 billion, nearly a third of the total state budget, with half of it in federal money tied mostly to Medicaid for the poor and disabled.

Sharfstein, a Harvard-trained physician, is bright and incredibly diligent, but that was not always good enough to steer an agency that has too much on its plate. It has a dozen major agencies under its umbrella, and several of those agencies have chronic serious problems that the legislature’s auditors and budget analysts have pointed out time and again.

The well-documented problems with the Maryland Health Exchange were perhaps the most immediately visible and controversial. Not only didn’t the website work, but the state may have failed to properly oversee the vendors. And the board overseeing it violated the Open Meetings Law when it was deciding what to do about it.

In June, an audit found that the department’s Office of Health Care Quality has failed to fix many of the problems highlighted in at least three previous audits dating back at least to 2004. There are more than 1,300 licensed assisted living facilities in Maryland caring for thousands of residents who are not quite able to care for themselves; but year after year during the past decade, the state health department has failed to do required annual inspections for a majority of them.

The department said it was trying to fix the problems that also extend to thousands of other health care facilities, nursing homes and the like. One solution is to stop trying to do annual visits of every facility, but only focus on the ones with clear problems.

In July, the Baltimore Sun’s investigative unit uncovered a case where a severely disabled child died in a group apartment in the Russett section of Laurel in Anne Arundel County.

It turned out that the nonprofit operator of the group home had been in bankruptcy. The state had not been told and the operator did not have enough money to cover the required staffing for these children and adults with multiple and severe disabilities. The operation was stopped, and the children were moved.

The Developmental Disabilities Administration is one of the larger units in the health department, assisting 27,000 patients. Its caregivers manage a wide range of disabilities, from mild to severe. The DDA has thousands of people waiting for services, but three years ago, it was discovered that the agency had left more than $35 million of an $830 million budget unspent, and had to return $25 million to the state treasury.

Part of the problem was the department was still keeping its financial records on paper and had a hard time keeping tracking of its funds. Sharfstein got heavily involved, hired a new director, had large town hall meetings with clients and caregivers to explain the situation and ultimately replaced the new director with his own chief of staff.

At one large town hall meeting late last year in Columbia, Sharfstein showed up late to hear from the hundreds who came to listen and complain. His excuse: He was working on the Maryland Health Care Exchange.

One million on Medicaid

The problems with Medicaid, the Medical Care Programs Administration, are as large as its $8.1 billion dollar budget, complicated by a rapidly growing program that now covers more than a million Marylanders. One-sixth of all state residents now get their health insurance through Medicaid, due to expanded coverage under Obamacare.

But the legacy computer system that processes the millions of claims from health care providers is old and cranky, and the process to replace it, using a special federal grant, has been “long and troubled,” budget analysts said. It got so bad last year, that the department needed to come up with a new development strategy.

This clunky old claims processing makes it harder and slower to uncover fraud and overbilling that goes on in such a huge program, largely perpetrated by doctors, nursing homes, therapists and drug companies.

At a hearing last year, the department’s inspector general estimated that 3% to 9% of claims are overpaid, sometimes because of honest mistakes, sometimes on purpose. That totals from $240 million to $720 million a year — but the fraud unit in the attorney general’s office is catching only a fraction of that amount.

Discussing these issues, Del. Guy Guzzone, D-Howard, co-chair of the Joint Audit Committee, said it’s tempting to think that a structural solution, like splitting up some of the health department, might cure some of its administrative ills. But while appealing, that he said wouldn’t necessarily cure the deeper management problems in some of these agencies.

Those tasks will ultimately fall on Sharfstein’s successor. In a few years, we might be feeling sorry for that successor if these chronic issues continue to persist, as they have through at least two governors. 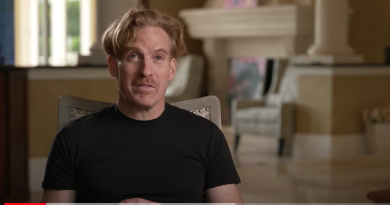