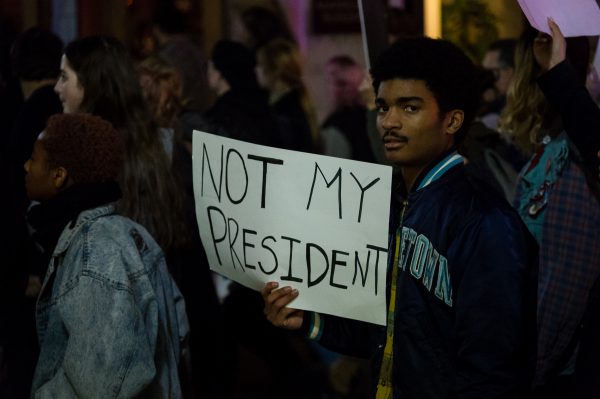 A Baltimore protester reacts to the election of Donald Trump. (Michael Jordan)

For the first time in U.S. history America has a President-Elect who has never held political office, or served in the military.

Donald Trump’s ascent to the Oval Office was orchestrated by using divisive tactics and offensive rhetoric from the beginning. The crowds got bigger and the divisiveness got worse, as the Republican primaries and general election campaigns continued.

Trump attacked, insulted, lied, and bullied his way to the White House. Along the way he picked up endorsements from foreign adversaries, hate groups, military generals, and career politicians. Trump also performed very poorly in, and lost three Presidential debates.

Trump decided early on in his Presidential bid to shake things up, say whatever he felt like saying, attack immigrants and be a divisive candidate. Trump also managed to convince millions of voters that America isn’t a great country. Trump’s tactics were disgraceful, and by the time election night arrived, most Americans had seen and heard enough from both Trump and Clinton.

Trump is the first President-Elect in 40 years who has refused to release his taxes. Who knows what the outcome of the election would have been if he had released them? Trump has gotten away with more rotten behavior than any Presidential candidate in my lifetime. Trump was given a pass by the media, certain Republican leaders, and a large number of the American people who usually demand more from their President.

During the 2016 election, Trump seemed to take the low road whenever he had the opportunity. Most of Trump’s bad behavior was caught on video, and used by the Clinton campaign against him.

Clinton’s decision to use a private email server when she was Secretary of State was likely her downfall, but no one can convince me that Trump is more qualified than Hillary to be President. Like many Americans, I had a hard time believing what I was seeing during Trump’s campaign. I am having a harder time now believing he will change.

Everyone clearly underestimated Trump; some of his own staff members seemed to doubt his chances of becoming POTUS. Even Trump was complaining on election night about the lack of support he received from the Republican Party during his campaign, all of which is history now.

During my military career, I was trained to accept the outcomes of decisions once they were made. I would be lying if I told you I am not struggling with that now. As an optimist, I am hoping we never see another divisive election like the one we just witnessed. I am also hoping Trump does a good job for America, because in January it all becomes real.

Americans must accept the results of this election even if we disagree with the outcome. We must also continue to vote, and do our part to keep this country great, and make it a better place for all Americans. I hope and pray that Trump shows the American people, and the world someone different from the person we saw during his campaign. The American people deserve better.

Matthew R. Drayton is an Author, Speaker, Coach and owner of Drayton Communications. 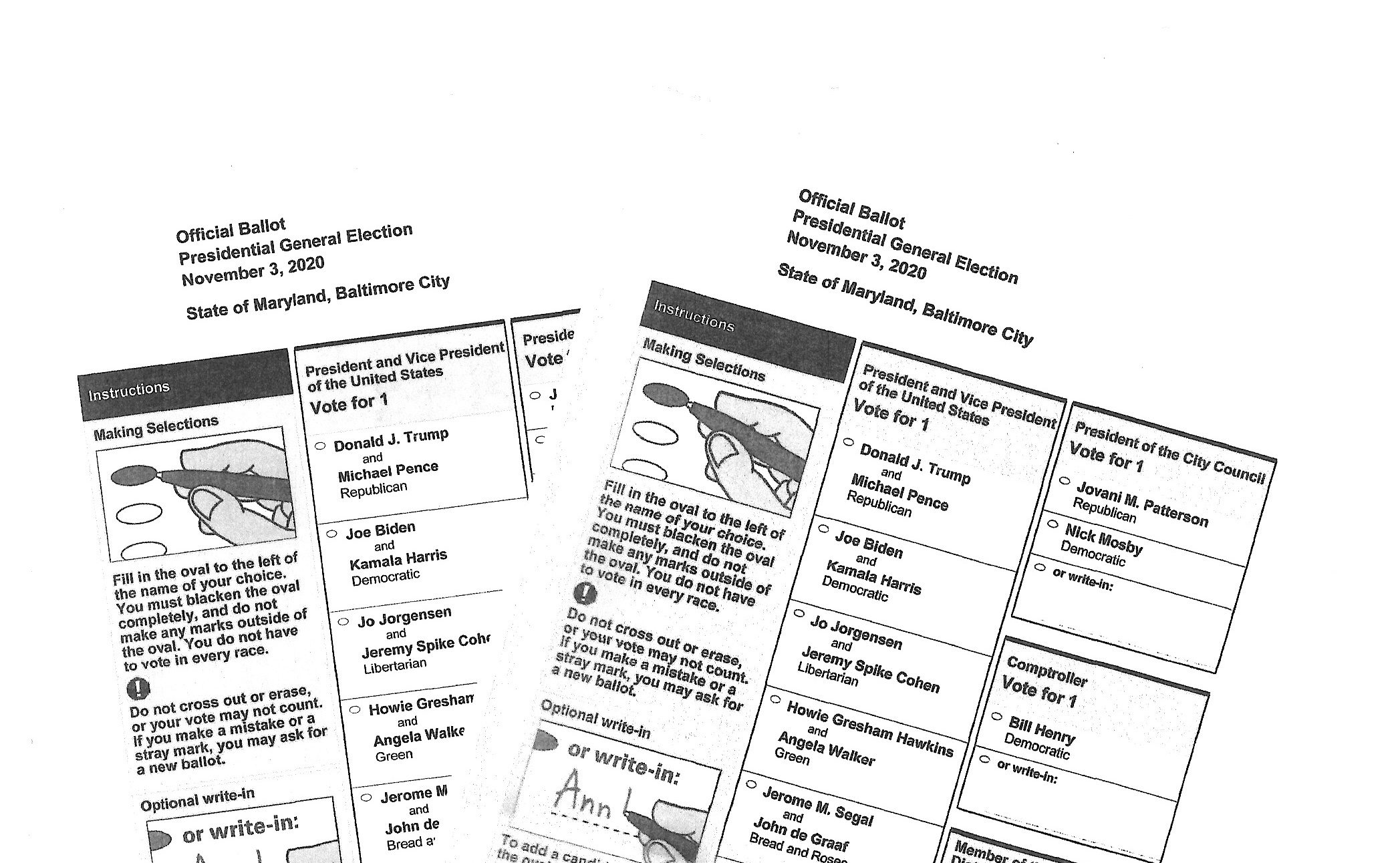 How I ‘Voted’ Twice (Legally) in Maryland