Apparently there was a day when flying was picturesque. Flight attendants looked like models. Men wore suits on planes. And flying was more than a way to get from A to B. It was an experience.

Now flying is more about survival. How do we survive check-in, security, and the actual flight itself? How do we ration out our food portions, exercise, and remain hydrated to avoid jet lag?

I have a patent-pending formula.

I arrive at the airport three hours before my flight. I never have to worry about missing my plane because my plane hasn’t flown in from Detroit yet. If this is a competition, and in my head it is, I’m already winning. Confidence: boosted.

I check in, smiling at the people behind the counter. Smiling is scarce in these parts. It’s like finding gold among pyrite. The customer service agents eat it up, smiling back and filling me with energy as I turn the corner into the gates of hell, or, security.

Security is a cruel mistress. And I never know what will make her mad. Is it what I’m wearing? The way I look at her? Sometimes I think I breathe the wrong way. I try to keep her calm as I approach her, immediately removing my bag and jacket from my shoulders as a peace offering and putting them in a small box where she can see them. But it’s not enough and she commands me to strip down to my near undergarments, revealing my bare arms and feet to the strangers around me. I wish I had remembered to wear socks.

She temporarily swallows all of my devices and they go into what looks like Dante’s inferno while I stand in a black abyss that rotates around me like a cyclone, consuming me and probably X-raying me for her minion’s amusement. When I step out on the other side, violated, all she can say is that I’m “OK” and, therefore, “clear.”

The minions still pat me down. It’s their one pleasure.

Once I’ve made it through the gates of hell, I immediately find a Starbucks, which feels like a US Embassy. I consume a latte more out of comfort than necessity. I also buy a pastry, but I forget to eat it.

A few laps around the terminal count as miles of exercise in Airportlandia. I enjoy watching people notice me and wonder why I’m circling past them with OCD specificity. Others figure out what I’m doing and jerk their chin up to me in acknowledgement and salute. They’ve just joined my secret society.

On the plane, I find my seat. This 2×5.5 foot box of space is now my home. I’m relieved it’s an aisle. Windows are for pansies and kids. I’m 99 percent certain that parents tell kids how exciting the window seat is just so they can have the aisle to themselves.

This is trickery. And also very smart.

Of course, the aisle seat comes at its own price, too. Flight Attendants running into my elbow and knocking it off the arm rest as they pass. Obese Americans bopping me on the head as they clutch the top of my seat to hoist themselves out of their own. But at least I don’t have to climb over anyone to use the restroom.

They ask us to fasten our seat belts and this secures my imprisonment. I will be sitting on an airplane for twelve and a half hours. Luckily I’ve developed a guaranteed sleep-in-an-airplane system. Again, patent-pending.

First, before the food rations (dinner) is served, I go into the closet space toilet and put on what I can only proudly refer to as my “flight suit.” This is a glorified sweat suit I wear religiously on all flights. Everyone should find a flight suit of their own. Everyone.

After donning the flight suit, I secure myself back in my cell, er, seat. Dinner is served and I eat as much of it as I can. I won’t be fed again for another nine hours. Calories don’t count on airplanes. And I find people eat things on airplanes they would never eat in real life. Someone offers me a measly bag of peanuts on the ground? No thanks. Someone offers me a puny bag of peanuts in the air? Yes, please, excuse me while I eat this savagely like a rodent as if I’ve never seen or never will see food again. The food isn’t so bad in the air. Sure, it’s packaged separately and the bread is sealed in plastic resembling a cancer inducing twinkie, but it’s not so bad.

I’m lying to myself, but remember – this is all about survival.

Finally, it’s time to create what I fondly refer to as “the cocoon.” I put the blanket they provide for me over my legs. I put the pillow they provide behind me at the base of my back for lumbar support. This is a science. I blow up an inflatable neck rest. This makes me look like a dork at the beach, but everyone is too busy watching the latest X-men movie to notice I’m inflating something. Finally, I prepare my sleep mask on my forehead, put some ear plugs in, and pop some Tylenol PM. With the sleep mask over my eyes providing a false sense of darkness, I sink into a deep, upright, in-and-out, restless sleep… did I mention I had wine with dinner?

A few obese head bops and a couple of window passenger gropings later (they have to go to the bathroom sometime, right?) and it’s time for breakfast. I’m groggy and grouchy, but it really does taste like eggs, I lie to myself.

Christmas is different for the homeless

7 Steps for a Killer LinkedIn Profile 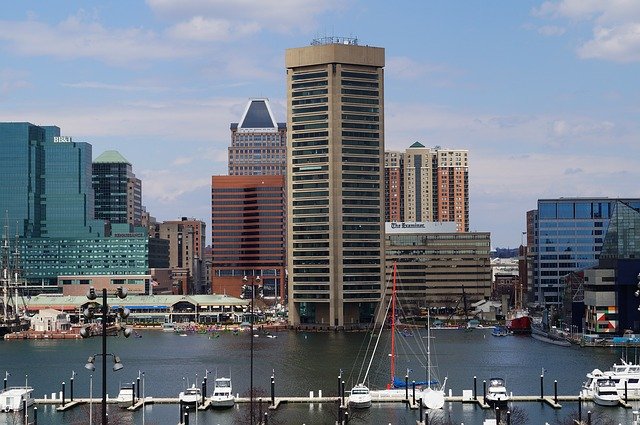 Safety Tips when Visiting Baltimore – From a Personal Injury Lawyer