Welcome to 2019; it feels like the end is coming. Massachusetts Senator Elizabeth Warren has declared she has started an exploratory committee for a presidential campaign. No surprise. There will be more to come. Some are expecting 20 or more Democrats will stick their toes in the campaign waters. By this time next year we will be inundated with campaign ads for candidates well known and barely known. Women and men of all religions (or no religion) and ethnic backgrounds. People with names like Kamala and Beto. Kirsten and Joe … maybe Joe and possibly Bernie — again. Sherrod flip-flopped and now has some thoughts of running.

The campaigning will start soon, building to a crescendo right about the time the Iowa caucuses get under way, and a few days before the New Hampshire primaries and a couple weeks before Super Tuesday, which now includes the Golden State. Now the candidates will have to spend money in California for advertising and getting out the vote strategies, something they didn’t have to do when the California primary was in June. California is expensive. After a short trip to Texas I saw just how expensive this state is, just comparing prices at the Walmart stores here and there.

The candidates won’t be campaigning at Walmart stores, other than on the display TV’s that might show commercial television. Campaigning in California for Super Tuesday will certainly weed out the posers. The problem, people surmise, is that it will shorten the primaries and make the likely candidate apparent much earlier — like 2016.

Everyone knew it would be Hillary Clinton by March and Bernie would keep her honest by campaigning to the final races, California being one of them. There were over 500 delegates in them California votes the last time. Hillary got 33 more than Bernie and then Hillary got them all.

We don’t know how many delegates California will carry in 2020, but it will be the most of all the states because we have the most voters.

This time the base of the Democratic Party wants a younger candidate, one with lots of new ideas and more appeal to the expanding electorate. Which sort of rules out Joe and Elizabeth. Which is too bad because they embrace new ideas and more importantly, they know how to get things done.

That is why Nancy Pelosi will be the next Speaker of the House in the House of Representatives. She is the most effective speaker in modern times, or at least the last 30 years.

We saw what we got with a “non-establishment” candidate in 2016: one of the most corrupt and inept administrations in American history. Retired Marine Corps General James Mattis resigned (in disgust) as Secretary of Defense. He had enough of Trump’s ridiculous and dangerous foreign policies. His replacement is a former lobbyist for Boeing. The first Secretary of State in this Trump Administration was at one time the CEO of Mobil-Exxon.

Vladimir Putin got what he paid for in 2016, except no one figured Rex Tillerson would take his job seriously and view Putin and his Russia as an adversary. Of course Tillerson was a good businessman and negotiator. He knew who to trust and more importantly, who not to trust and Vladimir Putin was at the top of his “No Bueno” list.

What does 2019 have in store for the president and his dwindling staff? Donald J. Trump feels the python that is the Mueller investigation tightening around his neck. So what does he tweet three weeks ago? “No smocking gun! No collusion.”

First of all: What is a “smocking gun”? Whatever … The sentencing memos filed by the special prosecutor’s office and the Federal Attorney General of the Southern District of New York paint a dark picture for president Trump. He is implicated in a conspiracy to buy the silence of women Trump is alleged to have boffed in the two years prior to him getting elected to the Oval Office. And there is evidence of Trump associates colluding with the Russians right up through the transition period., i.e. the proposed Trump Tower in Moscow, among other deals. “Totally clears the president. Thank you!” he tweeted, after the sentencing memos were made public. One thing I learned after reading that tweet: there is no end to different face palm gifs one can find on the web.

As it turns out the Trump campaign had at least 14 contacts with representatives of the Russian government. Only 14? That’s not collusion, that’s a partnership.

There are questions about why Donald Trump and his erstwhile son-in-law and “fix everything” advisor Jared Kushner are so enamored with the Saudis. While that may not be on the special counsel’s radar ( it might be, we just don’t know) that is definitely on the radar of the various committees in the House of Representatives, which are now led by Democrats. They have plans to make the hearings open and they have subpoena power. Why did Saudi Crown Prince Mohammed bin Salman get a pass from Trump after it was proven MBS ordered the murder of American resident Jamal Khashoggi? We hope the House investigations give us some answers.

Republicans are saying the people don’t want Congress to be bogged down with investigations, “presidential harassment” Senate Majority Leader Mitch McConnell called it. When Barack Obama was president he called committee investigations “oversight.” Yes, 2019 will be an exciting year. Trump’s first tweet of the new year was to bash retired Army General Stanley McChrystal who was fired by President Obama when Rolling Stone published disparaging remarks made by McChystal and his staff towards administration officials. The irony: Donald Trump, the draft dodger, calling out a decorated retired general.

Regardless of how or why McChrystal left the Army, there are literally thousands of men and women who served with the general and won’t take kindly to Trump’s insults. Same with James Mattis. There are a lot of Marines, past and present, who like Mattis a helluva lot more than President Trump. Anyway, Trump’s New Year’s Day tweets bash various people, especially Nancy Pelosi. The president still wants a wall, or at least the idea of it so he has something to campaign on for the next two years.

His last tweet (as of this writing) praises North Korean dictator Kim Jong Un … Trump slams an American general and praises a murderous dictator all in one day … that’s our president. Welcome to 2019.

Tiffany and unexpected wonders in Chicago 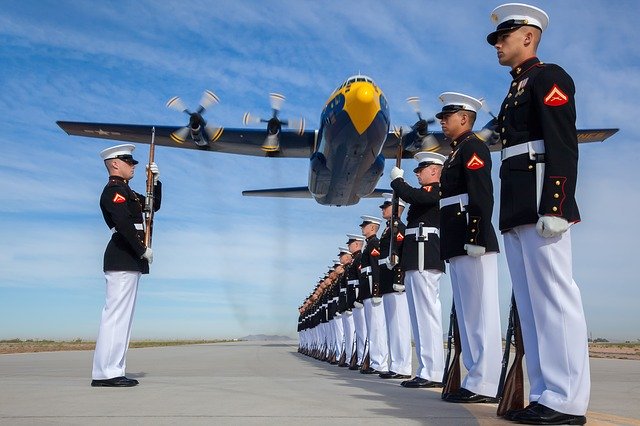 How are Military Medals Earned: USAMM

Baltimore: Distracted driving, alcohol or substance abuse and speeding cause most of car crashes