For years now, Baltimore has been at the top of the list for US cities with the highest crime rates and there doesn’t seem to be any sign of slowing. Unfortunately, a lot of these crimes occur behind closed doors and only come to the attention of police when things escalate and become deadly. Sexual and domestic violence are at an all time high and the city is looking for ways to raise awareness and provide women with a safe way out of volatile relationships.

The Centers for Disease Control and Prevention estimate that over half of women throughout the state of Maryland will experience some form of violence, making it the state with the third highest rates in the US. Despite the efforts of organizations like The Sexual Assault/Spouse Abuse Resource Center (SARC), which tries to provide a lifeline for women looking to escape abusive relationships, the rates of violence continue to grow. Even if women are aware that there is help, they are often too afraid to reach out. Experts estimate that domestic violence resulted in 55 deaths during 2017.

The Pattern of Poverty and Abuse

In fact, victims are often wary of filing reports even after ending up in the emergency room to receive treatment. Approximately 32% of victims had to seek medical attention due to their abuse, which means that their healthcare costs are about $500 higher per year than women who don’t experience abuse.  This added cost is a burden on families in the city who are already struggling with poverty. Well over 50% of female welfare recipients are victims of abuse, making the problem both complex and systemic.

In early 2017, Maryland took some steps to try and protect abuse victims from being targeted by their abusers once they have left the relationship by passing a law that allows victims to request that their abuser be outfitted with a GPS tracker. Hopefully, this will deter abusers from stalking their victims and provide victims with some peace of mind.

Part of the problem is that violence is so prevalent throughout the city that its residents have almost become numb. If they witness violence, they are less likely to call police or intervene because violence has simply become a part of life. In January 2018, 2,542 cases of domestic violence went to court. That represents just one month out of the year and only cases that actually made it out of shadows.

Where to Find Domestic Violence Resources

If you or someone you know are a victim of sexual or domestic violence, there are national and local resources available. The website DomesticShelters.org provides a detail list of hotlines and physical shelters where women can seek help and begin to rebuild their lives. These organizations can also help women navigate the complicated legal system and make sure that they are taking full advantage of any protective orders and/or laws. It is important to build a paper trail so that the abuser can be prosecuted and held legally responsible for their actions. Raising awareness will lead to action and hopefully begin the long process of reducing violence in Baltimore. 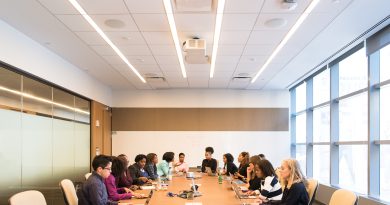 How to Reduce Employee Turnover

I’m back, and working on my lemonade recipe

One thought on “Domestic violence trends in Baltimore”