In July of this year, 2020, the Democratic National Convention will be held in Milwaukee, Wisconsin, from July 13-16. That’s only five short months away.

It promises to be a real slugfest getting the presidential nomination, especially with four of the major candidates: Bernie Sanders, Pete Buttigieg, Elizabeth Warren and Amy Klobuchar, currently running so close together in public pollings. The Iowa Caucus disaster and the New Hampshire primary results reinforce the fact that a fading Joe Biden, more than likely, doesn’t have the right stuff to make it to the finish line. If he’s going to be a factor, he better prove it in the South Carolina primary.

At this point, it is still a wide-open race for any of the front runners: to win or lose. It might also be prudent to leave room for a major surprise at the Convention itself, like the emergence of a Mike Bloomberg or Tom Steyer.  For example, at the 1912 Convention, held in Baltimore, Woodrow Wilson came from the back of the pack to capture his party’s nomination.

All of the above brings me to my fond memories of attending the 1976 Democratic National Convention from July 12-15, in New York City. At the time, I was living in Federal Hill; working in a William Donald Schaefer-dominated City Hall in the City Solicitor’s Office; and a member of the then-leading south-side political organization – “The Stonewall Democratic Club,” then located on South Charles St. near the Cross Street Market.

Thanks to the patronage of my political boss, the late State Senator Harry J. McGuirk, I got a spot on the ticket as a delegate to the convention. At the top, was our choice for president, the then-young governor of California, Jerry Brown.

While prepping for the election, I submitted written testimony to the “Platform Committee” on an issue close to my heart. On April 19, 1976, I urged it to endorse “positive steps to end the cycle of violence” in the British-occupied north of Ireland, and to recognize and “support the Irish People’s legal, moral and ancient right to have their own Nation.”

I’m please to say that the question of Irish Freedom did get some positive attention from the Platform Committee. My full statement on this human rights matter can be found in my book, “Baltimore Iconoclast.”

Getting back to electoral politics. Gov. Brown won the primary in Maryland in 1976, with Jimmy Carter finishing second. Unfortunately, I didn’t get enough votes to get a delegate slot. No problem! McGuirk, a masterful politico, stepped in and secured me a spot as an “Alternate Delegate” to the convention. Thank you, Harry McGuirk, for saving the day!

While still coming down from the high of that good news, I soon found myself on the Jersey Turnpike, on July 11th, with McGuirk driving, heading to “The Big Apple.” We booked rooms in a hotel close to the site of the convention – Madison Square Garden. I recall we did some sightseeing that first evening and on other occasions, too. The next morning after breakfast, we headed over to the convention to pick up our credentials and check out the fabled Madison Square Garden.

In order to get on to the floor of the convention, you had to be a delegate. The alternates were seated in the balcony. But McGuirk, bless his heart, worked it out so that we could switch places and I could from time to time relieved him from his floor duties. That was a real treat for me, rubbing elbows with some of the best.

One of the biggest protests outside Madison Square Garden demanded, “The Government Stop Spying.” (That theme sounds familiar.) Another much smaller demonstration shouted out via a large banner: “Give Us Back our Parental Rights.”

Of course, Maryland’s Governor, Marvin Mandel, was a delegate and appeared on the convention floor. At that time, he was in the middle of a federal criminal case. He was eventually vindicated. I am proud to say I wrote a number of articles attacking the shaky case against him.  Gov. Mandel  (bless his memory) died on Aug. 30, 2015, at the ripe old age of 95.

There were a lot of moving speeches at the convention. The one that resonated the most with me was given by a heroic Vietnam War veteran – Ron Kovic. He would later gain fame from the movie on his life – “Born on the 4th of July” – starring Tom Cruise. (The movie also proved that Cruise was one darn good actor.)

Kovic came on stage in a wheelchair, as a result of his horrific wounds sustained in the war. He brought most of the audience to tears sharing his memories of that bloody conflict, the comrades he left behind and his hopes for the future of our country. The audience roundly applauded Kovic’s remarks.

(Later, on January 18, 2003, Kovic gave another fiery speech at an antiwar rally on the National Mall in Washington, D.C. that I had the privilege of attending. I included some of Kovic’s inspiring comments that day in the preamble to my anti-Iraq War book, “Saying ‘No’ to the War Party.”)

Back to the convention, although there was some movement to get more delegates interested in Jerry Brown’s candidacy. It just didn’t happen. Gov. Mandel was one of Brown’s biggest supporters, and like myself and McGuirk, was disappointed in that result. As it turned out, in retrospect, Jimmy Carter had just about locked up the votes to win the nomination after taking the Ohio primary on June 8.

The only issue left on the table for the delegates to decide was: “Who’s going to be the vice-presidential nominee for the party?” That answer came swiftly. Carter, the ex-Governor of Georgia, wanted Sen. Walter Mondale from Minnesota to balance out his ticket. The delegates, for the sake of unity, unanimously agreed.

Attending the convention was a real joy for me. Partnering in that experience with the veteran politico McGuirk was a significant part of that event. Also, what made it a special treat for both of us was that the ticket we authorized of Carter/Mondale, at that convention, went on to soundly defeat the Republican duo of Gerald Ford and Bob Dole in the general election of Nov. 2, 1976.

Shifting gears, the Stonewall Democratic Club is now history. A former member, after his fifth or sixth beer, once labeled it, “the last bastion of freedom in Western Civilization.” That’s a lot of hype, of course, but still, it is a very nice thought.

And finally, as for my dear mentor and buddy, Harry J. McGuirk, he passed away on April 20, 1992, at age 68. “The Baltimore Evening Sun” gave him a good send-off by referring to him in its obituary as the “legendary Harry McGuirk.” Indeed, he was, and I was so lucky to call that “legend” – a friend.

Another mass shooting refreshing the Tree of Liberty 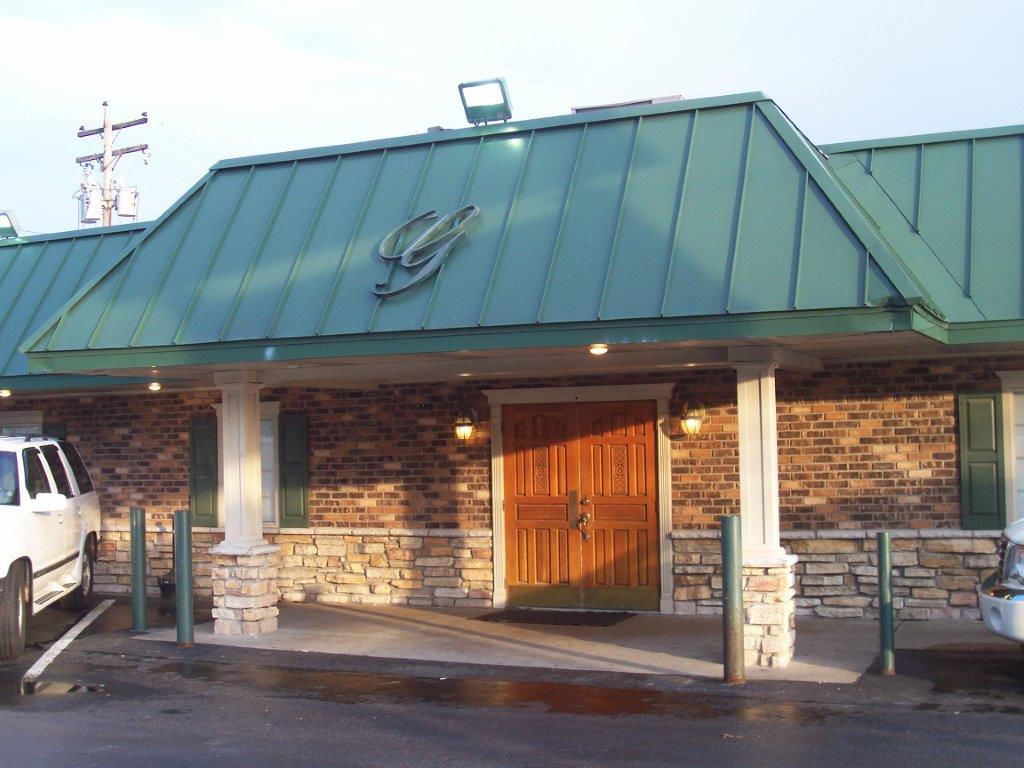 Giovanni’s – one of the best family restaurants in the nation