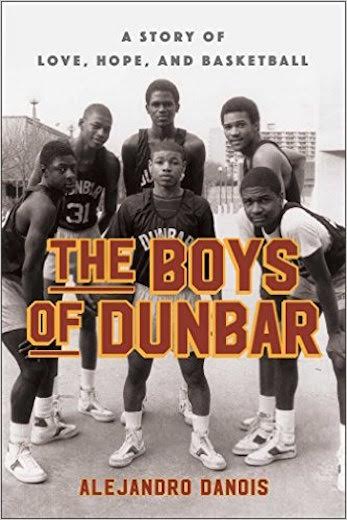 I know it’s a cliche, but I found it hard to put down this book: “The Boys of Dunbar: A Story of Love, Hope, and Basketball.” I discovered it was not only well written by its Brooklyn, NY-born author, Alejandro Danois, but captivating on a number of levels.

It is surely more than simply a book about the Dunbar Poets – a winning and acclaimed public high school basketball team – from the hard streets of black East Baltimore. 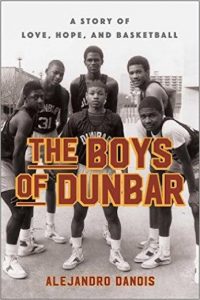 At a deeper level, it’s an inspiring tale about the magnificence of the human spirit played out in the lives of young people. They had to learn to survive, struggling to do their best daily in the crime-ridden housing projects, in very difficult, challenging and often dangerous times.

At center stage in their story is Dunbar’s 1981-82 (29-0), undefeated basketball season. The team was led by its stellar, 5’3’’ point guard, Muggsy. Its head coach, and father figure, was Bob Wade. Wade had earlier learned his craft serving as an assistant coach at Dunbar under the incomparable, late William “Sugar” Cain, whose reign as head coach lasted 32 successful years.

Wade, also an ex-NFL cornerback, comes across in the book as a mix of a brilliant basketball strategist and a hard-as-nails U.S. Marine Corp drill instructor! Wade once played under NFL’s legendary coach Vince Lombardi, (then, with the “Washington Redskins”). So, you can see where he may have inherited some of that tough guy, take-another-lap-around-the-field persona. 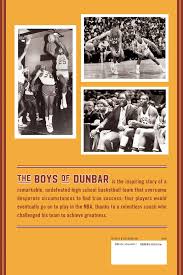 The 1980-81 season ended on a bummer note for the Poets. They lost to my alma mater, the Calvert Hall Cardinals, coached by the Catholic League legend, Mark Amatucci, (94-91), at the Towson Center before a capacity audience. The game went into triple overtime. The Poets were “actually winning by nine points with less than two minutes to play in regulation,” wrote Danois.

After that bitter defeat, Wade & his team, were committed to the 81-82 season – not only for it to be a winning one, but to also extract some sweet revenge on the boy-ohs from Towson, who wore the Cardinal & Gold uniforms. From the first practice session – (incidentally they usually lasted about four hours) – Wade pushed hard to create a mindset of victory, no matter how high the price.

Author Danois take you game by important game through the season. He also tells you, at time, poignantly, what was going on inside the sometimes difficult families lives of the players. It rings with the pain-filled truth. But, despite the roadblocks, the setbacks, the players (and their family supporters) soldiered onward.

Lurking on the perimeter of this story are the ubiquitous drug dealers who have been ravaging, and causing havoc in the black neighborhoods. The 81-82 Dunbar team knew what had happened to one of the schools’ greatest basketball stars, Allen “Skip” Wise. He was “The Man” on its team in the early 70s.

Wise only lasted one year at the U. of Clemson, turned pro and then became a serious drug user. He also served time for drug related offenses. Wade’s players knew that this could be their fate too, if they hung around with the “wrong characters.”

Besides drugs, Danois also mentions another curse, that had seriously impacted on all the blue collar neighborhoods in the city – in the “late 70s and early 80s,” particularly in black East Baltimore – “deindustrialization.” The globalist schemers pushed through unfair Trade Agreements, like NAFTA, that robbed our country of many of its steel mills, shipyards and booming manufacturing plants, such as the Bethlehem Steel’s Sparrows Point plant.

After the breadwinner lost his job, Danois underscores, in some of the cases, “these teenage drug dealers became their family’s main wage earners.” As the years progress, he writes ominously, the drug dealers have become “younger and younger.”

As a former soccer player who went to the University of Baltimore on a sports scholarship, I could identify with the importance of basketball in the lives of the Dunbar players.

Like in many stories of this kind, there are a host of unsung heroes. One of them is Leon Howard. He ran the Lafayette Projects’ Rec center. He was Muggsy’s first mentor. Another hero was the long time principal of Dunbar, the late Mrs. Julia B. Woodland. She was a first class motivator, who insisted on the surrounding communities being an “integral part of the school community.”

I’m not going to tell you if Wade’s Dunbar team got its revenge on Calvert Hall. You will have to read the book to get the answer to that one. The author does write, however, about each of the team’s players and how they did after Dunbar, including that “eighth wonder of the world” – Tyrone “Muggsy” Bogues.

Summing up, Alejandro Danois has written a gem of a sports story. It belongs in the library of all lovers of high school athletics. Bottom line: The book, “The Boys of Dunbar,” is a winner.

Orioles Playoffs: Birds down early, but far from out