This is an update to a review I wrote about my personal phone,the Moto G,  and the introduction of its lower specced, but still high performing little brother, the Moto E.

I referred to the device in my first column on this item as the phone for the rest of us. I stated it cost only $99, yet the Moto G was available at that price only when purchased through Boost Mobile. Its unlocked version, which allows you to use the device with the carrier of your choice, was and remains $179.

Still a fantastic bargain, according to all the reviews, since this is regarded as a budget price yet the phone performs as well as last year’s top tier devices and competes and outdoes any other phone at this magical sub-$200 price point. The other phones in this price tier are usually no name Chinese made phones of poor quality construction and very poor specs, from under-powered processors to low resolution screens.

(I mentioned I bricked my first Moto G through a failure to follow my own advice and rendered it useless by downloading from a third party pop-up a Trojan program which seized control of my phone, flashing FBI badges at me, declaring it had detected illegal content on the phone, that my camera was taking pictures of me, and forwarding them to to the Feds. I could only make penance by paying a $399 “fine” to some numbered account via an electronic funds transfer program.)

I rebooted the phone in safe mode, called Motorola, and they told me to go to system settings and wipe and reset the phone to factory condition. It seemed to be working. It rebooted, began to download the newest version of Android, KitKat 4.4, then perversely and unaccountably froze.

Nothing I could do would revive it, so I purchased another unit, this time for $79 dollars through Boost, and it’s been working without a hitch since. I have however, from time to time, been greeted, through idly browsing the Web, that dreaded FBI warning screen, but have been able to back out before it could do any damage.  Motorola would not replace my original phone, however, stating that damage from malicious software was not covered by warrantee.

I still got a phone out of this, however, for less than $200, which outperforms any other device at that price. And performs just as well as phones costing from two to three times as much.

Motorola was at the time of introduction owned by Google, which sold it to Lenovo. But the Moto G, according to Forbes.com, is still “the best all-round budget smartphone.”

My phone has a 4.5 inch screen, with a 1280 x 720 resolution and a pixel density of 329ppi, higher by a hair than the iPhone with its Retina display. It is by any standard a stunning display, with remarkable clarity, true life colors, and excellent viewing angles. It is, at its price point, competing with phones with 640 x 480 screens. So the screen resolution leaves the competition in the dust and outperforms the iPhone.

It is powered by a Qualcomm Snapdragon chip with quad core processors  running at 1.2Ghz and an Adreno 305 GPU running at 450Mhz. Though this hardware is often described as “aging,” the phone, in most reviews, is described as “flying” through such chores as core navigation and web browsing.

Its drawbacks were few, though deal breakers for some. It was limited to 3G speeds, had only eight gigabytes of online storage, and some felt its 4.5 inch screen was too small. This storage drawback was mitigated by Google’s offer of 50 gigabytes of free cloud storage for two years.

Now, however, the 2014 edition of the Moto G has been released, and it is still being lauded as the best budget handset. The biggest changes are a larger, five inch screen, a slot for expandable memory cards of up to 32 gigabytes, and though it still lacks 4G speeds, wait a few months and it’s likely to add 4G receptivity, as Motorola did with the 2013 version.

Its single bottom mounted mono speaker has been replaced with top mounted stereo speakers. And it sports an FM radio, a carry-over from its 2013 model.

The new larger screen retains the same pixel density as its predecessor, but a smaller battery. Logic would dictate that a larger screen and smaller battery would mean shorter times between charges, yet most users find it actually lasts longer. Credit for this is usually assigned to the new OS, Android KitKat 4.44, which touted its lower processor demands, as well as several efficiency optimizations added by Motorola.

The camera on the first iteration of the Moto G was widely criticized as subpar.

The new edition offers significant improvement. It was bumped up from five to eight megapixels, but the greatest change is the improved sensor which was moved from f2.4 to f.20. These changes are enough to change the camera from a disappointment to setting a new benchmark for budget phones.

With all these new features one would expect a price bump, but Motorola remains dedicated to offering a high quality phone at this price point and is still available for around $179 unlocked.

So how did Motorola top itself following the release of the newer, bigger, generally improved Moto G?

It released the best budget handset under $150. Called the Moto E, it has the same high quality build of the Moto G, a dual core processor, and just four gigabytes of internal storage. Though it does have a memory expansion slot which can accommodate a 32 megabyte SDHD card.

It has the same quality build as its big brother the Moto G, which means it outclasses all other phones in this price range. Its budget price shows in its lower resolution screen, which while it shares the Corning Gorilla Glass screen cover as the G, its resolution on its 4.3 inch screen is a respectable 960 x 450 at 256 pixels per inch. Better than its closest competitor the Samsung Galaxy Ace with 3.5 inch screens at 165 ppi.

Both Motorola phones have been promised to receive an update to Android 5.0, or Lollipop, which is touted as the biggest leap forward in the Android OS since its earliest days.

Battery life also is remarkable, lasting two full days on both units with light usage, unlike the twice a day charge up required by the 5.5 inch to six inch flagship phablets offered by the high end competition.

Motorola’s strategy here is interesting. While it still competes in the high end market with its worthy high end Moto X, the company, working with Google, is aiming squarely at the neglected low end, that very segment of more than one billion buyers expected in the coming year to purchase smartphones in developing markets such as Brazil, India and China.

Motorola is providing the platform, while Google, which develops the OS, is intent on giving users a very capable experience within the means of many new smartphone buyers from these users.

While flagship phones from other manufacturers keep upping the hardware requirements for their huge screens and screaming fast professors, demanding eight core processors and three gigabytes of RAM, Android is actually reducing the need for such expensive internals. Google claims it will provide users with everything they need to do and expect from a smartphone with just a dual core processor and half a gigabyte of RAM.

The Moto G is proof of this concept.

It handles multitasking and complex 3-D games without stuttering or missing a beat, notwithstanding its single gigabyte of RAM and “aging” possessor. It does everything one needs to do on a smartphone at a price most people can afford. And it looks to beat the competition for one billion new buyers by setting standards so high that you often forget you’re using a budget phone.

The Moto E just reinforces the strength of this strategy.

Why am I so obsessed by this phone? Because of its proof of concept. It does everything I need in a phone, at a ridiculously low price, and it sets standards so high for a huge world market on the verge of entering the smartphone era. 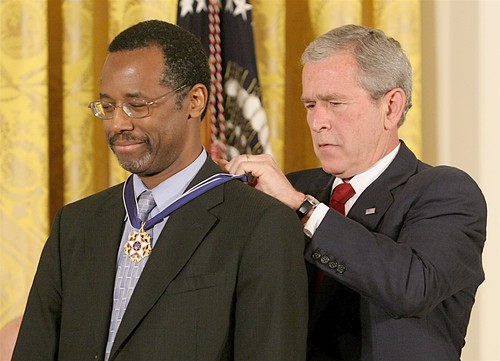