Music is quite a lot more than what reaches your ears. Soulful music holds the potential to intrigue you enough to transport you beyond your immediate worlds, bridge the barriers between the past and the present and see beyond the lyrics. Meet Vladimir Borisovich Tiagunov, a 29-year-old pianist, who has perfected the art of piano playing in its ‘conventional’ and ‘modern’ forms.

Born in Russia, Tiagunov offsets the traditional sound of the piano with his deft piano skills. A musical laureate of numerous regional and national competitions, Tiagunov is gradually inching his towards the limelight, reeling in a strong following at the end of every performance. As a musician, he attempts to experiment with myriad genres, with performances that are both enjoyable and powerful at the same time.

Owing to an indomitable zeal of creating soulful music, Tiagunov has attended the Chelyabinsk State Academy of Culture and Arts under the tutelage of an Honored Artist of Russia, Professor Yevgeny Levitan.

In a period that is witnessing promising young virtuosos from all across the globe, this Russian pianist stands out not just for his impressive craft but also for his ardent love for the black-and-white keys.

Earning his stripes as a piano artiste, Tiagunov won his very first prize in the international music competition ‘21stCentury Art’ in Kiev, Ukraine in 2010. This young and exuberant piano artiste is a music-maverick who is casting a spell over his audiences with his mesmerizing music. Tiagunov focuses on the composition and what the piano demands from him as a player. He believes that music is a language that doesn’t need words to express feelings.

At the age of just 29, Tiagunov has an incredible record of brilliant performances to his name, whether as a solo performer, a recording artist or a choir accompanist. He is presently associated with the Cure of Arts Church in Merrick as the Church musician. He is a ‘thinking pianist’ who has the great ability to look beyond the notes on the page to weave a score’s musical essence.

Having begun training to play the piano from the tender age of six, Tiagunov is widely hailed as one of the world’s most exciting talents. His repertoire includes a vast amount of recordings that include the “Appassionata” by Beethoven, “Wanderer fantasy” by Schubert and others. He is deemed as a one-of-a kind pianist and successfully clinched a Gold Medal for the best piano technique in the Forte International Competition in Carnegie Hall, 2016. The amount of insight he brings to his music, so early in his career, speaks volumes about the inherent gift that he is born with. He is revolutionizing the face of conventional music by making it more accessible, intriguing, and widespread.

Tiagunov’s passion for the piano allows him to reach out to more audiences worldwide. He is successfully giving recitals at leading venues such as the Metropolitan Museum of Art Concert Hall, Carnegie Hall, Concert Hall in Kiev (Ukraine), et al.

Establishing a mélange between a sense of trance and essence, he is striking a chord of harmony in the rapidly-evolving field of modern music. His music is inviting, powerful, and yet introspective. Having bagged numerous prestigious awards and accolades, Tiagunov is creating a ripple all across the globe.

More power to him.

Supercharging your career in modern Baltimore 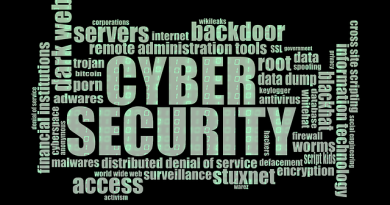 Wedding planning can kill you, but only if you let it