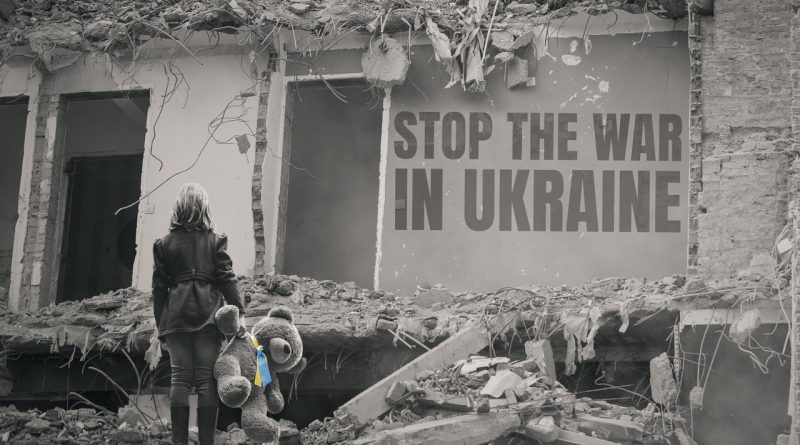 Image by DangrafArt from Pixabay

Since Russian forces invaded Ukraine in late-February about 3,400 civilians have been killed, according to the United Nations Human Rights Office of the High Commissioner.

The deaths occurred from shelling, bullets, missile strikes, and bombs in what in many cases is believed to be the deliberate targeting of non-military infrastructure by Russian forces.

Apartments, houses, schools, hospitals and businesses have been hit by some of  Moscow’s most destructive weapons.

Reports of mass graves and mass rapes have become more and more frequent. The Kremlin called those reports false.

Russia is undoubtedly committing mass murder, which begs the question: Is there a legal case for genocide?

Both U.S. President Joe Biden and Ukrainian President Volodymyr Zelensky have believe so.

They could be right, but interviews with scholars and historians say slow down that rush to judgment.

“What has occurred in Ukraine could indeed be a genocide, but to me it is too early to pronounce it as such,” Karl Qualls, a professor of Russian and German history at Dickinson College, told Baltimore Post-Examiner.

“Genocide is a legal determination and requires careful analysis of evidence,” Qualls said. “It is imperative that international organizations, journalists, and people on the ground collect and preserve all evidence so that genocide can be determined based on the facts as we know them. The charge of war crimes is a much lower bar and much clearer as a legal term; we have seen more than enough evidence with our own eyes of war crimes. The butchery and savagery of the Russian military attacks are clear, but to elevate those war crimes to genocide may be premature, and if the facts later do not substantiate the claims of genocide then we will have further diluted a term created to describe the worst that humans are capable of.”

“It is difficult to know the intent of Putin and his troops. Certainly, some of his rhetoric questioning the existence of the Ukrainian people and nation suggests an effort to destroy them, at least discursively,” Adler said. “And Russian troops have undoubtedly committed war crimes. From my perspective, that simple fact is more pertinent at the moment than whether the term genocide should be applied.”

Stuart Kaufman, a professor of political science and international relations at the University of Delaware who specializes in issues involving ethnic conflict, said “the case is borderline” as to whether the Russians are committing genocide.

The international definition of genocide talks about “acts committed with intent to destroy, in whole or in part, a national, ethnical, racial or religious group, as such,” including “Killing members of the group” or “Causing serious bodily or mental harm to members of the group,” Kaufman said.

“You can say that the Russians have genocidal intent in the sense that they do want to destroy Ukrainians as a group by forcing them to accept a Russian identity; and that killing thousands of Ukrainians and forcibly deporting many others therefore constitute acts of genocide,” Kaufman said. “The massacres and indiscriminate shelling of civilian areas certainly constitute war crimes. On the other hand, the scale of killings (as of now) clearly falls far short of cases such as the Holocaust or the Rwanda genocide.”

But some said Russia clearly is committing genocide.

Michael Berenbaum, who served as project director overseeing the creation of the United States Holocaust Memorial Museum and who later became the first director of the museum’s Research Institute, said it is without question genocide.

Berenbaum, who is now a professor in Jewish Community Leadership at American Jewish University in Los Angeles, pointed to Article II of the Genocide Convention as evidence of that claim. The Convention was approved by the United Nations General Assembly in 1948 and went into effect in 1951.

Article II states: “In the present Convention, genocide means any of the following acts committed with intent to destroy, in whole or in part, a national, ethnical, racial or religious group, as such: (a) Killing members of the group; (b) Causing serious bodily or mental harm to members of the group; (c) Deliberately inflicting on the group conditions of life calculated to bring about its physical destruction in whole or in part; (d) Imposing measures intended to prevent births within the group; (e) Forcibly transferring children of the group to another group.”

“So technically there is no question because of the segment in bold, in whole or in part,” Berenbaum said. “The Russians are obviously killing members of a group in part. With regard to the Holocaust, the Final Solution to the Jewish Problem was intended to kill all Jews, everywhere men, women and children. But technically in part is the reason one can use Genocide.”

“Putin’s invasion, and the repeated actions of the Russian forces, clearly match those definitions,” Tauger said. “Many statements by his government-controlled media also match those definitions. Yesterday I saw an excerpt from a Russian talk show or news report in which the speaker said something to the effect that ‘we’ – Russia – have to eliminate Ukraine from the face of the earth, which is about as genocidal as one can get. Such views seem to be an effort to conform to Putin’s statements and his essay from 2015, in which he insists that Ukraine is not a real nation, but just a branch of Russia. That conception has a genocidal quality.”

Tauger said the Russian government sees mass murder in Ukraine as a necessary means to an end.

“I think that ‘genocide’ is what the Putin leadership consider a necessary price to pay for their nationalist objectives of territorial and cultural expansion,” Taguer said.  “In this sense, their invasion resembles the U.S. atrocities against the first peoples, in California and other states, to fulfill ‘Manifest Destiny’, and Nazi atrocities against many different groups in East Europe, conducted to make those regions part of the Third Reich.”

So if Russian President Vladimir Putin committed genocide or other crimes then what happens next? Could he be prosecuted without having to invade the Russian Federation?

“That would be a trial in absentia. Some legal systems prevent that. Some do not,” William E. Butler, a John Edward Fowler Distinguished Professor of Law at Penn State Dickinson School of Law, who specializes in international and comparative law with a focus on Russia, said.

Butler said deciding which type of court to try Putin in might be difficult.

Absent trying the Russian president, Butler said recent reports that for the first time in the conflict a Russian soldier will stand trial for having killed an unarmed civilian might suggest that punishing individual acts of aggression is a more practical way to pursue justice.

“I expect to see hundreds if not thousands of individual cases,” Butler said. “The procuracy in Ukraine is obliged to open a case for every instance of homicide that appears to be committed unlawfully. If it was committed lawfully, then there is no case. But if it was committed unlawfully, then they are obliged to investigate the potential event of the crime. So, every individual who is not a member of the armed forces and who is not killed in combat but is killed accidentally or incidentally-civilians above all-there is a case to be opened with respect to that incident.”

Calling it genocide is on thing, but proving it is another thing

Jennifer Trahan, a clinical professor at the NYU Center for Global Affairs, said the legal bar for proving genocide is high.

“Genocide has a very precise intent requirement and that is extremely hard to satisfy,” Trahan said. “Clearly, Russian forces are committing war crimes, and that already creates an obligation for all states to ensure they not be committed.”

Trahan noted that the International Criminal Court (ICC) has already launched an investigation into Russia’s actions in Ukraine.

“The International Criminal Court will conduct its investigation, and if there is a direct tie in, issue warrants potentially up to senior Russian political and military leadership, Trahan said. “It then becomes something of a waiting game how these individuals end up in the Hague, but these things are possible – former President Taylor of Liberia was brought to justice and former President Milosevic of Serbia was tried at the Yugoslav Tribunal. The International Criminal Court does not try individuals in absentia, so you would need the individuals present before trials could proceed. However, even the issuance of warrants can be an incredibly powerful statement.”

Trahan went on to say that it is imperative to create a legal framework to try crimes of aggression.

“The real unanswered question is whether states have the will to create a crime of aggression tribunal, as there has been a very clear crime of aggression and the International Criminal Court does not have jurisdiction over the crime in this situation. States need to be working through the UN to create a multilaterally supported court to try the crime of aggression,” Trahan said. “This is critically important to upholding the UN Charter and trying to deter such brazen invasions in the future.”

“Putin can be charged with the crime of aggression for invading Ukraine and breaching its territorial sovereignty,” Hafetz said.  “The ICC would not have jurisdiction over this crime, but a special international tribunal could be created and could exercise jurisdiction. Getting custody of Putin is an entirely different matter.

Invading Russia is a non-starter for a host of reasons, above all, that Russia is a nuclear power. The only way Putin will appear before an international court is if there is regime change in Russia and the new leadership determines that Putin should face justice. At that point, Russia could hand him over to a court with jurisdiction over the crimes. That, however, will not happen in the foreseeable future, if ever.”

Thomas Nachbar, a professor of law at the University of Virginia School of Law whose area of expertise includes national security law, said it might be easier to prosecute Putin and members of his inner circle for war crimes rather than genocide.

“Not that that is a reason to avoid whether the conduct is also genocide, but it seems to me that the focus at this point should be on the potential for war crimes.

Robert Destro is a professor of law at the Catholic University Columbus School of Law who served as Assistant Secretary of State for Democracy, Human Rights and Labor from 2019-21. Destro said if Putin is to be tried Ukrainian courts should have jurisdiction.

The alleged crimes were committed on Ukrainian territory, and there is no argument (that I have heard at least) that Ukrainian courts would be unwilling or unable to hear such cases. If we truly support Ukrainian sovereignty (and I do), the Ukrainians have jurisdiction. Indictments and trials for crimes under the Geneva Convention should be tried in Ukrainian courts as well. If, for whatever reason, an international tribunal is deemed appropriate, a special chamber can be created. Sierra Leone provides a useful comparison.”

Summer at the Cinema Preview 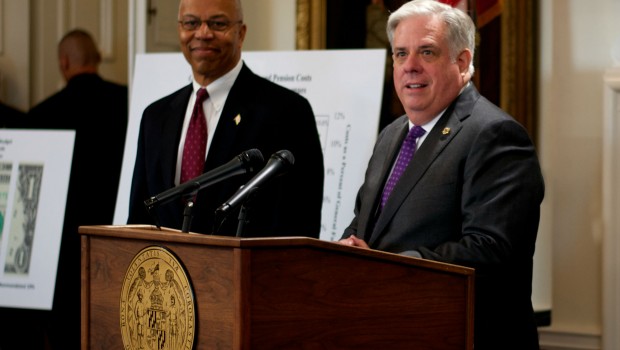 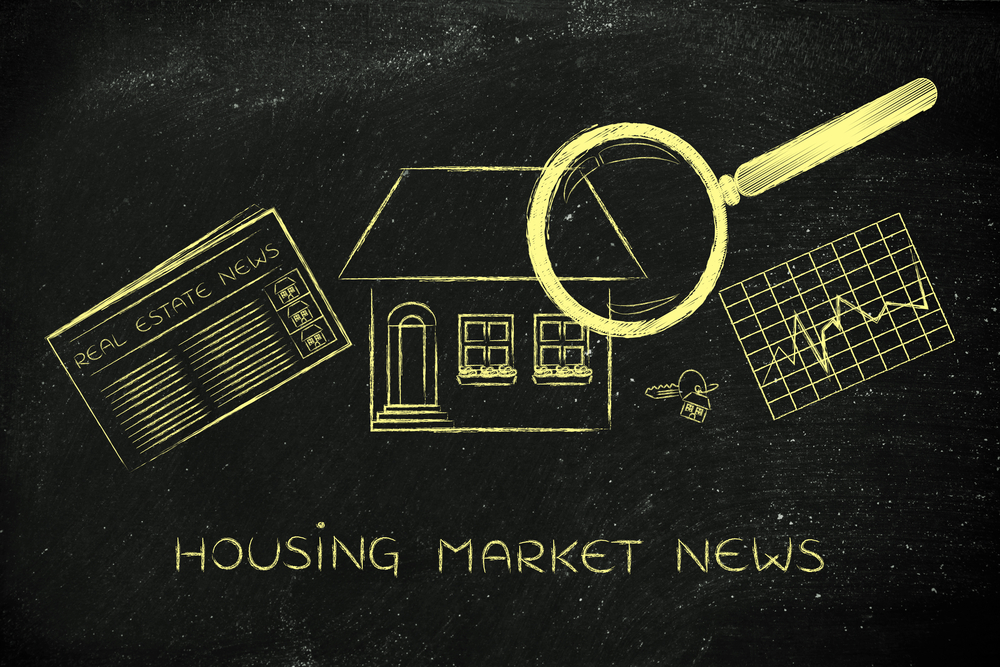 Housing market and its comeback in 2016