Yesterday I went for a run.

I like to say that because it makes me sound like that energetic, athletic person I might have been if I had ever-  say – taken up a sport or committed to regular exercise.

The truth of the matter is that the run lasted about 9 minutes and was followed by an equal amount of time spent gasping and sputtering for air.

Once my composure was regained I turned the run into a brisk walk on the thawing path of Stoney Run Park. The pace quickly slowed to a stroll due to mud and meandering.

I found myself examining the fragile white leaves that clung defiantly to their branches all winter long – as if falling would have been the ultimate indignity.

Next thing I knew I was sitting on a rock by the icy creek and wondering with irritation why my ass was so cold. So I went home.

It’s nice get exercise, I thought, as I popped the top off of Ben and Jerry’s Cherry Garcia Fro-Yo  and turned on my latest Netflix obsession.

I get the Fro-Yo because it makes me think I’m doing something healthier than lying around eating ice cream.  I get Netflix because I can watch an obscene amount of TV while still smugly telling others I don’t have cable.

So there I was, carton and spoon in hand, when I realized I have done this very same thing before in exactly the same way. In fact, I do it every February.

As sure as the trees change from green to dead and back again – I go from lively to lump in a seasonal cycle.

Like the groundhog indicates how long it will be until Spring, my friends pop their heads out of their winter cocoons just long enough to sign up for the St. Patrick’s Day 5K run.

That’s when I know it’s time to get off the couch.

I figure if you live in Baltimore City and you can’t run at least three miles then you are taking an unnecessary risk every time you step out of your house.

For me the St Patty’s day run is the yardstick by which I measure how far I’ve fallen over the winter.

So each year after I get the call encouraging me to sign up for the race I start building up my endurance by going out in the cold and experiencing the evermore agonizing defibrillation that is my training program.

The interesting thing about it is that after only two or three “runs” I find myself shifting into a better mood. I don’t know if it’s the sunlight or the increased blood flow or the fact that I don’t have to berate myself for doing nothing all day but I feel better than I have in months.

I’ve heard runners talk about “zone” and how it’s like a drug. Well, I guess you could call me a recreational user.

I will never be the person who enters marathons.  Running past every interesting thing in the world seems a bit silly to me.  I want to stop and take it all in. I want to sit and think about it.

But after the long dark days of winter – my body starts to crave the things that it gets organically during the warmer months.

I can feel the impulse to move and to move quickly. I want my muscles to strain in some way. I want to feel my lungs expand.

I wonder if this is how the trees feel just before the buds show up. Is there an awakening within them that reminds them that they are here to live – not just to hold a place in the woods?

I like to think about that because it makes me feel like, perhaps, my winter lethargy isn’t symptomatic of depression – which is my fear every winter.

Perhaps it is, instead, a natural cycle of restoration.

If that is the case then I am happy to report that spring is just around the corner.

I know this because yesterday I went for a run. 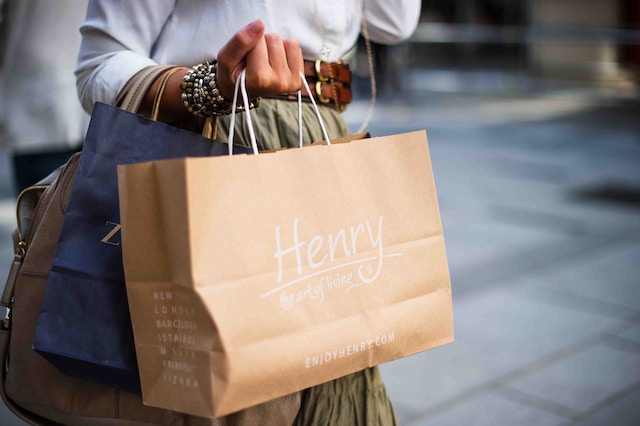 2020 Trends in the Retail Industry