Let’s agree Obamacare’s sign-up period is off to a dreadful start. That Uncle Sam and most states botched the IT implementation phase is obvious. They get an “F” in computer science.

Is anyone surprised? How many times in the past has government screwed up technology initiation?

Flawed computer systems that crash often, can’t deliver on their lofty promises and cost billions to patch up are all too common on massive government IT projects (Exhibit One being the IRS).

On a positive note, this isn’t a dash but a long-distance race. There’s plenty of time to overcome the IT glitches. You’ve got till Dec. 15 to sign up for a health plan to gain coverage starting Jan. 1 and a full six months to get coverage starting later in 2014.

Early hang-ups on such a massive and complex undertaking had to be anticipated. Once computer snags and slowdowns are remedied, it will be interesting to see how enrollment turns out.

In states like Maryland, where the political establishment is a gung-ho backer of Obamacare, there’s a strong likelihood of broad acceptance. In states under Republican control, where leaders have made Obamacare the political Satan, enrollment may not be strong.

Indeed, this country could become a two-tier nation on health coverage split between the haves (states where most obtain health insurance) and the have-nots (states actively impeding efforts to give poor people and America’s underclass health coverage).

Echoes of an earlier divided country

What’s playing out is, unfortunately, oddly familiar. An affluent, white, conservative ruling class primarily in Southern, Border and Southwestern states wants to re-create the United States in that image — even though they don’t have the votes to do it.

This also was the situation when Abraham Lincoln was elected president in 1860 and we know what came shortly afterwards.

This time, it is the Tea Party vowing to blow up the federal government to get its way.

The movement’s bitter hatred of the nation’s first black president sounds eerily similar to the vicious personal insults directed at Lincoln. There are strong overtones of racism and classism in the movement’s rhetoric and objectives.

Those with money and power in Tea Party states seek to deny those lacking money and power the right to receive health care, citizenship and the vote. It is a cynical, hedonistic movement pandering to the desires of narrow-minded, well-off folks who have no wish to help those less fortunate than themselves.

In Maryland, you can spot overtures along these lines from political officials in Frederick and Carroll counties and from the 1st District’s ultra-conservative congressman, Andy Harris.

The plight of poor folks and minorities really doesn’t count for those politicians. They are pandering to the Tea Party crowd.

In rural parts of the Free State there’s a strong conservative tone to politics. That’s unlikely to change any time soon.

But the vast bulk  of the state’s population lies in Central Maryland, where liberal Democrats have a near-monopoly on public offices and public opinion.

So we know which side is going to win this argument in Democratic Maryland.

What’s less certain is the ultimate outcome in Tea Party states with fast-growing minority populations, such as North Carolina, Texas and Virginia. Next month’s governor’s election in the Old Dominion could give an indication as to which side is gaining the upper hand.

The fate of Obamacare

Meanwhile, the dreadful stand-off in Washington continues with no end in sight. Republican hardliners don’t have an exit strategy.

One thing seems likely: Obamacare will remain on the books once the dust settles. Time is on the side of the president. As more and more citizens gain affordable health insurance, the Tea Party’s extreme arguments could bear less and less relationship to reality.

In the long run — a decade from now — Obamacare might prove unaffordable and unworkable as Republicans are predicting. Or it might be as ubiquitous and accepted as Social Security and Medicare. But that’s for another generation to debate.

The current leaders in Washington find themselves locked in a pointless and damaging food fight that in a few weeks could do great harm to the country and its economic stability.

This column is published simultaneously with Barry Rascovar’s blog, PoliticalMaryland.com. 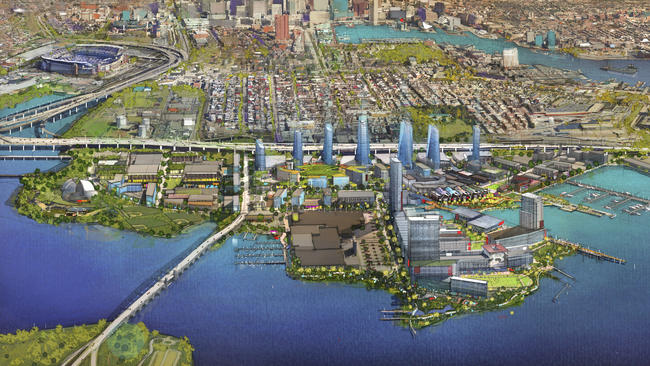