President Trump’s proposed budget,which Speaker Paul Ryan want to adopt, is one of the most Draconian plans ever proposed by any president. Hundreds of billions will be cut from social safety net programs, like Social Security, Medicare and Medicaid. It would further erode environmental protection, begin to dismantle public education and worst of all it would give yet another big chunk of wealth to the wealthiest among us — his peeps.

The Hill published a report on 66 programs that would be eliminated if Trump’s budget were passed. The people hurt the most by Trumps’ “go to work or die” plan: the poor, lower middle class — the Middle Class in general — the elderly and veterans. The Republican Party now has a long history of screwing over those people and it appears President Trump has fallen in like with the party policies. And there are work requirements attached to programs like food stamps and — I kid you not — disability insurance.

Despite the fact that a very large segment of people that voted for Trump depend on Social Security, Medicare or Medicaid and other safety net programs to survive. The very people that wore their misogynistioc and obscene anti-Hillary Clinton shirts and shouted “Lock Her Up” with Gen. Mike Flynn — who is now in danger of getting locked up — the very people who roared with approval when candidate Trump promised to not only preserve Social Security, Medicare and Medicaid, but increase funding for all three … yep, they will feel the wrath if Trump’s budget were to be passed.

President Trump’s budget director, Mick Mulvaney, said, he wanted compassion for the taxpayers, but the only taxpayers that get a break are the uber wealthy and defense contractors

That’s the other part of the bill: it significantly increases the defense budget and border security. He told reporters, “We need everybody pulling in the same direction.” And that direction is away from the poor and middle class towards the wealthy.

Here’s what some members of the Democratic California Congressional delegation had to say about Trump’s budget.

First: Congresswoman Barbara Lee from Oakland:
“The federal budget is, at its heart, a moral document. It puts on paper the principles and priorities of a nation. In all my time in Congress, I have never seen a budget so devoid of compassion and empathy for families struggling to make ends meet.

“This Republican agenda is Robin Hood in reverse. Their morally bankrupt budget steals health care from children and food assistance from hungry families in order to pad the pockets of billionaires and defense contractors. If their budget is enacted, afterschool programs will close. Seniors will be forced to forgo medical care. Parents will have to choose between paying the rent and putting food on the table.

“Steve Bannon, the architect of this heinous agenda, stated his ultimate goal was ‘deconstruction of the administrative state.’ This administration will stop at nothing to dismantle the lifesaving programs that keep families safe, healthy and educated.

“The vision presented in this Republican budget is clear: the rich get ahead, and everyone else pays the price.

“Democrats stand united in rejecting this heartless vision. Instead of rigging the system further for the rich, Democrats want to invest in job creation, health care, and vital services like Meals on Wheels. The American people deserve a budget that recognizes the dignity inherent in every person.”

Next is Rep. Karen Bass of Los Angeles:
“The President’s ‘stop deciding to be poor’ approach to the budget is a fundamental misstep that would permanently cripple the most vulnerable communities in the short run and erode our country’s international leadership in the long run. By proposing vicious cuts, budget director Mick Mulvaney and the rest of the Trump Administration are baiting low-income Americans to look the other way as the administration sinks a knife into benefits needed to survive. No one chooses food stamps over a job. No one wants to be poor, but based on recent quotes from the budget director and the presentation of this budget, it seems like the President fundamentally believes otherwise.

“Among the litter of broken promises already dispersed en masse by this tragically inexperienced administration, perhaps most egregious are the violations within the document that was just released. Despite promises to protect Medicaid and other services, the proposed budget slashes $800 billion from Medicaid, $192 billion from nutritional assistance, $272 billion over all from welfare programs, and bars undocumented immigrants from collecting the child and dependent care tax credit all to make room for the president’s devastatingly unnecessary border wall.

“This is the President of the United States turning his back on our nation’s poor and daring them to survive on their own.”

And from Rep. Tony Cárdenas of Los Angeles:
“The President’s budget is nothing but a farce — he’s lying to the American people. He breaks his promise to seniors and working families by slashing Medicaid by over $600 billion on top of Trumpcare’s $800 billion. He blocks women across the country from accessing affordable healthcare — including cancer screenings and maternity care. He promised a trillion dollar infrastructure plan but the budget barely even shows a blip of this. He cuts programs that save lives such as Meals on Wheels and school lunches. He doubles down on his attack on science and his attack on women, slashing funding from the NIH, EPA, and Planned Parenthood.

Today members of the Democratic Caucus is holding a “Hands Off” press conference at 10 a.m. Pacific Time. According to their press release, this will be, “… a broad coalition of anti-poverty, labor, civil rights, faith and progressive leaders” who will join with Democratic Congressional leaders to, “… denounce the destructive cuts to vital programs expected in President Trump’s budget.”

It will take place on the lawn behind the East Front Steps of the Capitol Building. 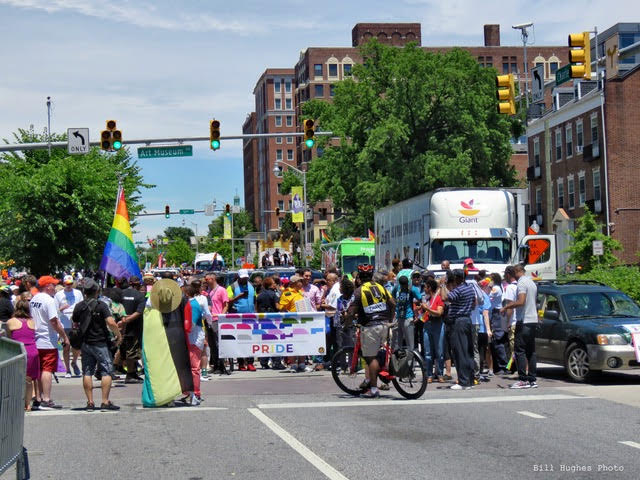 Tips to Go Flawless with Destiny 2 Trials of the Nine