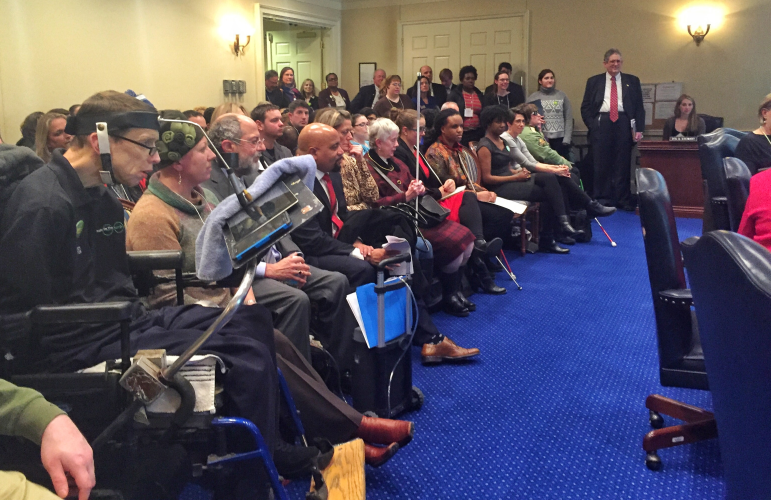 By Eric Luedtke
For MarylandReporter.com

Last fall, Donald Trump again demonstrated his penchant for acting like a middle school bully, mocking a reporter with a disability on national TV.

It’s an important moment for a group of Americans that have been too often ignored in the larger conversation about civil rights. While the gender pay gap and institutionalized racial discrimination are regular topics of debate in America, it’s rare for political leaders to talk about disability rights, and even rarer for it to be a topic of conversation among the general public. This despite the fact that nearly 50 million Americans have a disability as defined under the Americans with Disabilities Act.

There’s a reason why so many people with disabilities say they feel like they’re invisible.

Those who are curious about what challenges the disability community faces need look no further than the unemployment rate.

More importantly, the unemployment rate only measures those people who are actually in the labor force, that is, actively looking for work. The labor force participation rate for the general population is 69%. For people with disabilities it is 20%. Think about that. Finding work as a person with a disability is so difficult that 80% of people in that situation have simply given up.

This isn’t just the result of continuing institutional barriers but of a deeply ingrained stigma in our society against people with disabilities. Last year, Maryland struck a massive victory for disability rights that went largely unnoticed by the mainstream media.

It has been legal for many years to pay people with disabilities less than the minimum wage if they were employed in segregated workplaces known as sheltered workshops. Maryland closed that loophole. [Related stories: Ending subminimum wage for workers with disabilities passes. and earlier coverage of the hearing on the bill.]

But some of the media coverage was revealing of the societal stigma. Among the questions asked during discussion of the bill was whether banning the subminimum wage would lead to jobs being taken away from non-disabled Marylanders. As if people with disabilities weren’t really people. As if their having jobs with decent pay didn’t matter as much.

The simple truth is that in our society, discrimination which when directed at other minorities would be anathema is a daily reality for people with disabilities. And the political discussion in both Washington and Annapolis reflects that, as do too many of our laws.

Those laws and government services related to disabilities are often inconsistent, and hold people with disabilities to a different standard than any other group.

In Maryland, for example, it is illegal to use seclusion — locking someone alone in a room — to manage the behavior of adults with developmental disabilities, regardless of whether they live in the community or institutions. But it is perfectly legal to do it to a five-year-old in a school.

Kids with disabilities are regularly denied admission to child care, and there is little recourse for parents. Imagine for a second if child care facilities regularly practiced such discrimination against black kids, or girls. Yet fixing it hasn’t been a priority for our state Department of Education.

In Maryland, every county has an office that people can go to in order to get food stamps. But if you’re a person with a disability in Damascus or Upper Marlboro who needs Metro Access to get to work, you have to get to downtown DC to get certified.

These are just a few examples of the gaps in our laws. Ask any individual with a disability or any one of the extraordinary advocacy groups who work on these issues and you’ll hear dozens more.

The sad reality is that it will likely take many decades to address the ingrained stigma against people with disabilities. But that doesn’t preclude us from making progress now. The renewed national prominence on the issue provides us with an opportunity.

Maryland’s leaders can and should take advantage of that opportunity. It’s time to make this invisible civil rights issue visible, and make Maryland a national leader on the rights of people with disabilities.

John Boehner can be the next Tip O’Neill 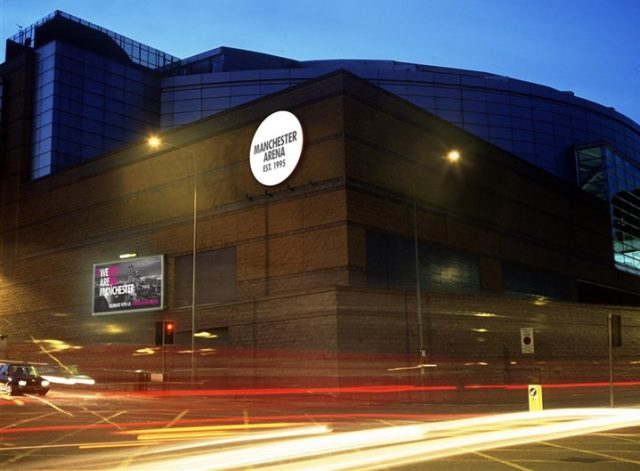