In 1839, a 35-year- old Benjamin Disraeli spoke thus in the British House of Commons:

“Whenever is found what is called a paternal government, there is found state education. It has been discovered that the best way to ensure implicit obedience is to commence tyranny in the nursery.”

Nevermind Disraeli’s Victorian verbosity, the issue in 1839 was whether to fund elementary education in Great Britain, as it did not yet exist.  And yet the fear of education, as a means to a greater end for the individual, was real and accepted.

Disraeli himself loathed the image of the state becoming somewhat “Jesuitical” in their “attempts to mold a child’s character” and likened it to “the vilest of abortionists”.  This from the man who also said, “where knowledge ends, religion begins.”

Despite similar fears in the United States then and now, public education has given us the writer, Russell Baker (Baltimore City College), New York Congresswoman Shirley Chisholm (Girls High School) and famed neurosurgeon Dr. Ben Carson (Southwestern High School, Detroit).  Public education has also given us Rush Limbaugh, Glenn Beck and their Vader, Fox News chief, Roger Ailes.   Like it or not and with all our failures, public education in the U.S. has been a success.

Disraeli, an Anglicized Jew who never really relinquished his Jewish roots, was a leader of British conservatives during what is deemed the height of the British Empire.  Twice being prime minister for the conservatives, he was nonetheless a reformer of sorts who fought for Irish Home Rule, greater recourse for working people with the vote and in the courts and sought better sanitation to stem the spread of cholera and typhus among the working poor in Britain.

Disraeli’s era was the 19th century.  Then, a computer was a person who computed and not yet a machine.  Homes were lit in whale oil or candles, were rarely heated and engineering feats, the Suez Canal and Brooklyn Bridge were erected without the use of electricity.  In this nation, millions of our fellow citizens were still enslaved and half the populace, women, could not yet vote.

With these words, Dr. Carson seems to have finalized his divorce from mainstream Black America.  The quick separation comes on the heels of his swift exit from Johns Hopkins Hospital here in Baltimore and his newly paid gigs at The Washington Times and Fox News.  In both new venues, the departed surgeon has taken to attacking the more liberal policies of President Obama with the backing of the GOP and the right-wing faith community.

More than that, Dr. Carson, esteemed as a neurosurgeon, has affiliated himself with a coterie of Republican minds who seem devoid of understanding even the simplest of equations and formulas.  The litany of GOPer’s in Congress who felt a government default meant little for the nations’ ability to borrow or lend left even the most conservative economists shaking their heads.  And then, there’s one time politician turned hungry shill Sarah Palin barking about ‘death panels’, policy in the Affordable Care Act concerning end of life care for the elderly.

Many in the black community view Dr. Carson as a traitor to his people.  Some even say he hates his ‘blackness’ and is trying to cozy up to the white establishment to feel equal to them.  These same folks and many Democrats also believe so much of the blowback against the first black president has everything to do with Barack Obama’s color.  At times, even this white liberal defaults to the same feeling with regards to treatment of the current person in the White House.

Then, I listen to the opposition to remind myself that, nowadays, it is difficult to determine bigotry from plain ignorance.

As was shown in the recent shutdown of the federal government, the alliance within the GOP against President Obama was all but absolute.  Beyond that, there was little cohesion of ideas other than to strip the federal government of its ability to tax and regulate.   Some wanted the Affordable Care Act repealed.  Other Republicans wanted spending concessions before raising the debt ceiling.  Mostly, regardless of the effects on our nation, Republicans wanted to stop any forward motion by this president or his party.

Like the action of current striking transit workers in San Francisco, the union of Republicans in Congress shutdown the government of the most powerful nation on earth for over two weeks to redress their grievances.  Yet, in their ignorance, they would call the San Francisco transit workers’ union redress un-American.

This is a political party who has called this president ‘anti-colonial’, that being anti-colonial is somehow un-American.  In their ignorance, Dr. Carson’s new friends at Fox News forget we were once a colony of Great Britain.  They also ignore the Atlantic Charter, signed with Great Britain in 1940.  The agreement gave Britain the aid it needed from the United States in their fight against Nazi Germany.   It also gave the colonies of Great Britain the right to declare independence from the empire.

Benjamin Disraeli did not have the hindsight on public education afforded Ben Carson concerning a public health system.  In 1839, public education and health did not exist.  Yet, in more than 170 years since, with the success of public education and mandated inoculations against tuberculosis, polio and measles, the esteemed doctor needs to come up with a more qualitative response to Obamacare than simply likening it to slavery.

Dr. Carson has offered his idea for insuring all Americans.  Namely, a government funded, individually managed savings account that begins at birth and is open to free market forces.  Truly not a bad idea if the free market were not so focused on the increased annual earnings of HMO’s and insurers.  Where the doctor seems to fear a loss of individualism and its corollary to success under Obamacare, others simply fear the cost driving so many Americans from the doctor’s office without it.

Benjamin Disraeli, in his fear of public education, may have thought in teaching a Welshman to read, the Welshman would lose what was uniquely his:  say, his ability to croon beautifully while walking to and from the coal mine each day.

Similarly, in setting off a firestorm with his comments, Dr. Ben Carson sees a nationalized ability to pay for medical care akin to losing what is uniquely ours and returning to slavery days.  I believe he, like Disraeli before him, will be proven unequivocally wrong and foolish too.

Who can know whether the doctor hates his blackness?  My guess is, he likes his freedom.  Just like so many of us, he has earned his way and is entitled to his ignorance.  Whatever the case may be, let us hope future Americans are wise enough to cease using similar comparisons to our horrible shared past. 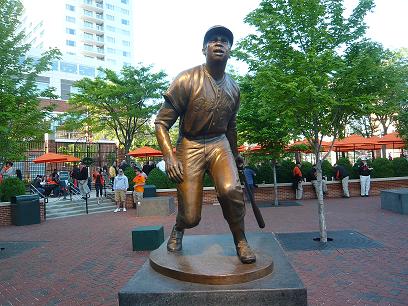 Marco Rubio’s Resurrection: How the ‘Republican Savior’ might save himself for 2016