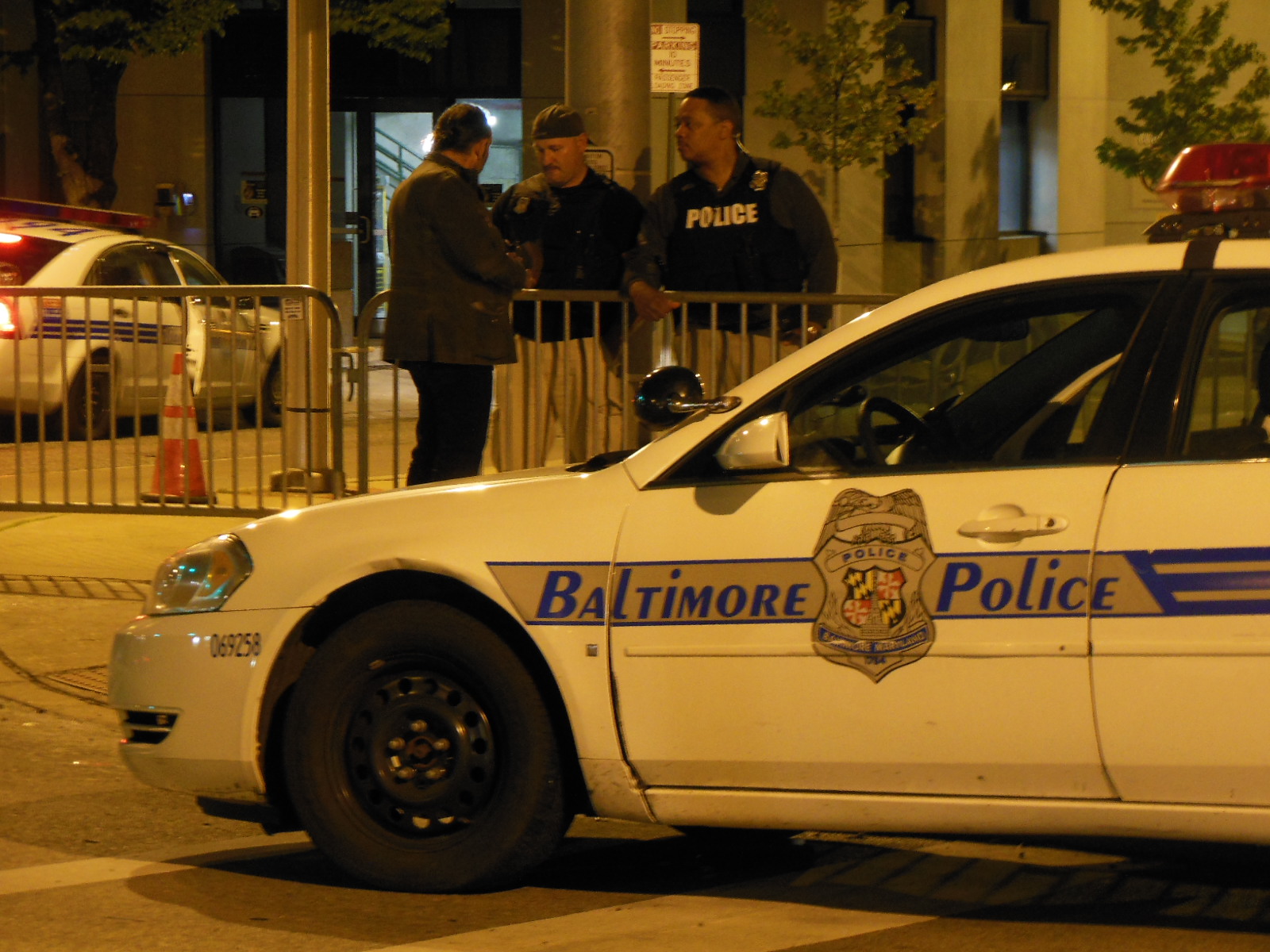 Long before Freddie Gray’s death ignited unrest in Baltimore, high profile cases of police misconduct nationally failed to move Maryland lawmakers to pass meaningful reforms this year, according to LBSBaltimore.com, a grassroots think tank that advocates a rewrite of the state’s policing policies. This exposed a wide disconnect between the Democrat-controlled legislature and communities under siege by strong-arm policing.

“At the end of the day we saw special interests of police officers and law enforcement in Maryland overrule what the community needed here in Baltimore,” said Adam Jackson, head of the think tank located just yards from City Hall.

“We know that as a State, and country we incarcerate far too many people and that our rates of recidivism are completely unacceptable,” said Miller in the joint statement. “These issues cannot be solved overnight but we hope to bring the stakeholders together over the interim and look at all of these issues, including the role of law enforcement in our communities,”

The group consists of 10 senators and 10 delegates, mostly Democrats. The Law Enforcement Officer’s Bill of Rights (LEOBR), among other things, will be on the table.

LBSBaltimore, which stands for Leaders of Beautiful Struggle, welcomed news last Friday that officers would face murder and manslaughter charges for Gray’s death.

But they said Democrat lawmakers have long failed to address a legacy of police misconduct and blamed House Judiciary Chair Joe Vallario and Senate Judicial Proceedings Chair Bobby Zirkin for caving to police organizations and orchestrating the demise of nearly 20 police reform bills this year.

Jackson said a slate of bills aimed at reforming the Law Enforcement Officer’s Bill of Rights  would have made the Gray investigation more transparent and secured indictments of the officers quicker – possibly quelling much of the unrest that put Baltimore in the national spotlight.

“Because LEOBR is not transparent, and people in the community are not involved—is what led to some of the violence and frustration that spread out in the city,” Jackson said. “Zirkin and Vallario are directly responsible for this happening in Maryland and in Baltimore particularly.”

Zirkin will serve on the new work group, but Vallario will not. Zirkin defended the work of his committee in comments at the end of this story, but did not directly respond to Jackson’s allegations.

LEOBR encourages “non-cooperation” from law enforcement, CATO says
“You’ve got a system that encourages lawyers [for police organizations] to stand on their rights to non-cooperation,” said Walter Olson, a senior fellow at the Cato Institute’s Center for Constitutional Studies. “In doing so in Baltimore and elsewhere, you see how it slows down and often frustrates investigations” of misconduct.

“If it’s gotten bad enough that they are making even an unsuccessful attempt in Annapolis to get the rules changed, then the issue is ripe for looking at these cross-ideological lines of understanding,” Olson said. “If they thought about it more closely…they can’t just listen for what their friends in the police and even in attorney’s offices tell them. They have to listen to a range of different voices about how these [LEOBR] measures sometimes backfire badly.”

Maryland’s laws about police officer rights are some of the most protective in the nation for police officers accused of misconduct — and afford them multiple layers of legal and administrative protections.

Review of misconduct is internal, bars civilian review and is conducted only by other officers. The law also prevents interrogations of officers for 10 days after notification of an investigation and limits the time citizens can file brutality complaints to 90 days.

Power of the chairs to sway committee members

“You don’t get to remain a chair of any committee in Annapolis if you can’t control the votes on your committee,” said former Del. Mike Smigiel, R-Cecil, who spent 10 years on the House Judiciary Committee.

“With Vallario, he signals how he wants Democrats to vote by drawing an up or down arrow on the bills being voting on that day,” said Smigiel, who has entered the race to challenge U.S. Rep. Andy Harris in 2016. “The Democrats are expected to vote in line with the chair.”

Smigiel said he proposed LEOBR reforms in the past and was told on several occasions that there would “be no changes to LEOBR.”

Vallario, 78, has been chair of the Judiciary Committee for 22 years.

“Unfortunate an incident [as] it has been, it will help push reform next year,” said Del. Curt Anderson, D-Baltimore City, who chairs the criminal justice subcommittee and will co-chair the working group in June with Senate Majority Leader Catherine Pugh, who played a visible role in trying to quell the unrest in her legislative district.

Gov. Larry Hogan has committed to signing that bill and others related to police conduct. They were all initiated by legislators and not part of his own legislative agenda.

“The Maryland General Assembly has Freddie Gray’s blood on its hands,” said Del. Jill Carter, D-Baltimore City, in an email late Monday.  Carter has been a longtime critic of Baltimore police.

“Failure to pass any bills that would impose meaningful reforms, was, at the very least, legislative negligence. At worst, it was a willful, wanton, reckless disregard for human lives — those of the 110 Marylanders killed at the hand of law enforcement over the past four years. We should not wait until the next legislative session to pass legislation.”

Carter, member of the House Judiciary Committee since 2003, sponsored several reform bills this session, including LEOBR reform, drug and alcohol testing for police involved shootings and auto accidents, and lifting gag orders on plaintiffs in police misconduct settlements. Carter was not named to the working group.

Senate Judicial Proceedings Committee Vice Chair Lisa Gladden said Saturday that the unrest around Freddie Gray’s death should be a clear call to legislators to put police reform back on the table in the 2016 session.

“Freddie Gray’s death and the growing misconduct we’ve seen in our city and across the land gives us lawmakers a clear responsibility in the next session to pass comprehensive police reform in Maryland,” said Gladden, a public defender who will not serve on the work group. “Reform should not just address misconduct but commit to an overhaul of our approach to community policing. We can no longer ignore the current state of affairs.”

Gladden too proposed a bill last session to roll back some of the protections in LEOBR and also put local residents on boards that hear misconduct cases, but the bill failed to advance after a February hearing.

LBSBaltimore also took aim at former Gov. Martin O’Malley, who as mayor of Baltimore from 1999-2007 ushered in an era of wholesale arrest and incarceration with the “broken-window” policy that has been part of the war on drugs, conservative and liberal critics have said.

“The genealogy of these issues extends back to O’Malley,” Jackson said. “He ordered the mass arrest of 757,000 black people here in Baltimore City and also tried to construct a $100 million prison for youths charged as adults. Even though all the data and information spoke to the contrary that we didn’t need a new jail facility, O’Malley still intended to build a new jail.”

“Though O’Malley aligns himself with a “progressive agenda” on same-sex marriage and the minimum wage, we look at how legislative decisions have affected us and clearly people like Martin O’Malley are not allies of the black community, especially here in Baltimore,” Jackson said.

“People in Maryland need to remember that as he ascends to national politics, its people like Martin O’Malley, Stephanie Rawlings-Blake and [Police Commissioner Anthony Batts] that are linked to very problematic public policies that affect the black community.”

Lawrence Grandpre, assistant director for research and public policy for LBSBaltimore, said one of the most problematic policies aside from Law Enforcement Officers Bill of Rights  is the nondisclosure agreement tied to misconduct settlements — gag orders. He said Baltimore ranks among the highest in the nation for misconduct settlements that have climbed north of $6 million to settle over 100 lawsuits since 2011.

“Instead of actually having a mechanism for accountability and recognizing the nature of police abuses, the Baltimore Police Department, and police departments across the state have effectively been paying hush-money.” He said poor black and white families are often stuck with the choice of an expensive drawn-out legal battle or taking “quick money.”

“Unfortunately it reproduces many of the systemic problems we have with police brutality and the small amount of offending officers are not held accountable and records aren’t released to the public,” Grandpre said. He said the secrecy around the payouts allows habitual offenders to remain on the force.

Zirkin did not respond to directly to questions about LEOBR reform but instead spoke in broader terms of balancing the scales of due process with public safety. He defended his record in his first year as chair of the Senate Judicial Proceeding Committee.

“As always there is much work to be done,” Zirkin wrote in an email to Maryland Reporter. “The tragedy that has unfolded in Baltimore this past week brings sharp focus to issues detailed above, to successful efforts in past years such as marijuana decriminalization and privacy protections for citizens, such as license plate scanning (this issue is currently being hotly debated in Virginia), and to issues where we have more work to do.

[Our committee] will continue to look at all of these issues in criminal law and criminal procedure, balancing the important goals of equal justice under the law, due process for all individuals, personal civil liberties, and public safety.”

Time for America’s Republicans to learn from David Cameron