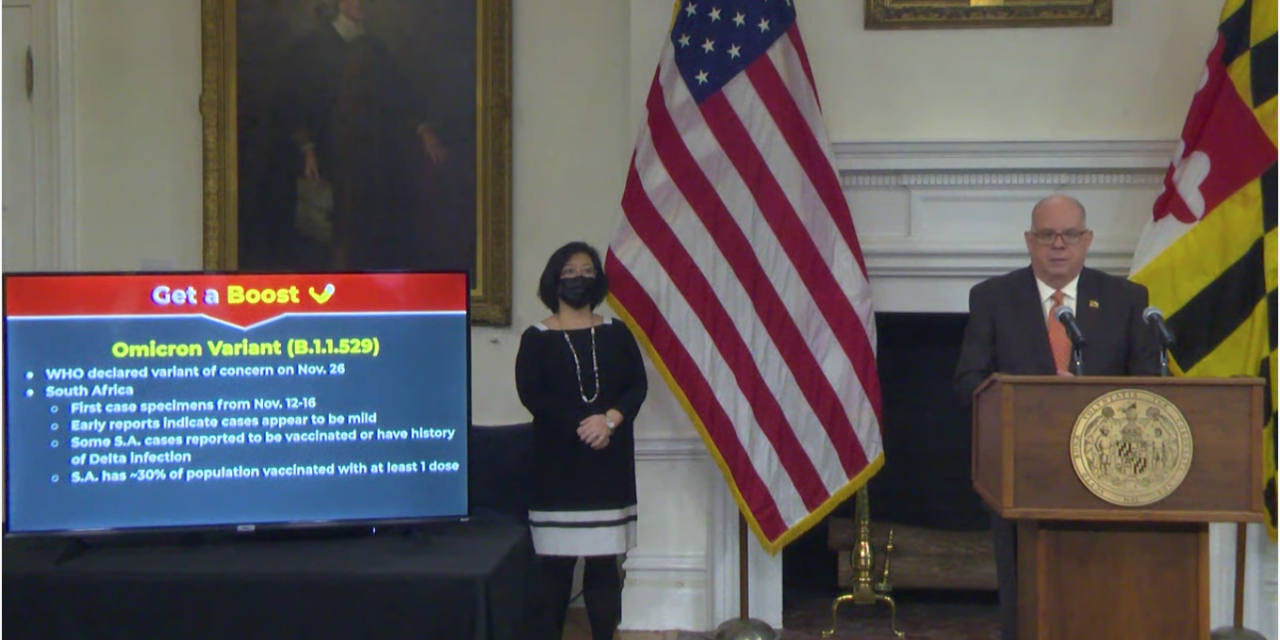 Gov. Larry Hogan assured Marylanders Wednesday that while the new COVID-19 Omicron variant is cause for concern, there is no reason to panic.

The South African strain of the virus is rapidly spreading across the globe and on Wednesday morning the first U.S. case was identified in a California resident who had recently traveled to South Africa.

Earlier this week the Biden administration responded to the threat by announcing travel restrictions on South Africa and seven other African countries.

“While many are understandably concerned about the Omicron variant, I urge Marylanders not to panic. This is not the first variant we have seen. And it almost certainly is not going to be the last,” Hogan said at a news conference at the State House in Annapolis.

“Throughout this entire year, we have repeatedly stressed that we are in a race between the vaccines and the variants. Because we are one of the most highly vaccinated states, we have been able to stay ahead of the virus. But we cannot become complacent. And we do need to remain vigilant,” the governor added.

Hogan said that the state’s laboratories have stepped-up genome sequencing tests to further surveil the variant so that health officials will be ready to respond in the event that it shows up in Maryland.

“If Omicron does come to Maryland, we will find it and track it down.”

Hogan urged Marylanders who are either feeling ill or considering traveling abroad to get tested.

And on that note, Hogan reiterated that last week the state ordered 500,000 additional rapid antigen tests, which produce results in as little as 15 minutes and are readily available throughout Maryland.

The governor strongly emphasized that the most effective way to avoid getting sick with Omicron is to be fully vaccinated, which includes getting a booster shot within the appropriate timeframe.

Deputy Health Secretary Dr. Jinlene Chan warned Marylanders that it may be several weeks before state health officials can offer a complete assessment of the Omicron strain.

“It still will take a couple more weeks because the Omicron variant was identified and named a variant of concern very rapidly. There is still a lot unknown.”

However, Chan said the ascent of the Omicron variant was not “unexpected” and that state health officials are “prepared to deal with it.”

There are 587,285 confirmed cases of COVID-19 in Maryland as of Wednesday morning, according to the Department of Health, and 10,987 people in Maryland have died from the virus. The state’s positivity rate is 5.13%, which is slightly above CDC recommended guidelines for containment. Maryland has conducted more than 15 million COVID-19 tests.

Nationally, about 75% or approximately 197,000 million people have been fully vaccinated, according to the CDC.

How come the media never challenged the war 10 years ago? 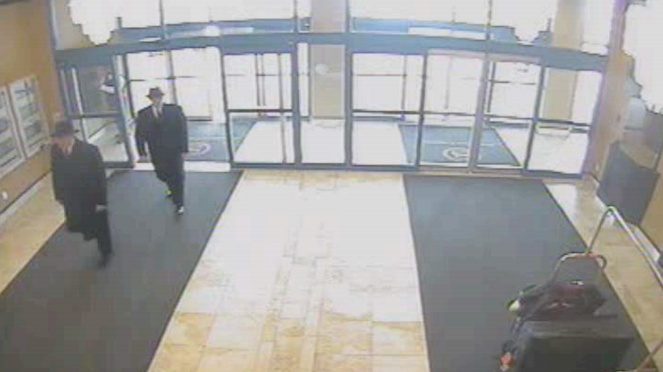 Men In Black: Investigator looks at links between UFOs, MIB