With a disastrous 2014 midterm in the books, a lot of Democrats just want to repress the memory and move on to the next battle for the presidency. “It was a midterm election,” the thinking goes. “The drop-off in turnout killed us. 2016 with a presidential race to motivate our guys to turn out will be a different story.”

Yes, Democrats can look forward to 2016, where an electorate that’s even more diverse than 2012’s will be electing a new President, along with all 435 House members and 33 senators. A younger, more diverse electorate that is drawn by the excitement of a presidential race bodes well for them.

But the rosy presidential picture doesn’t mean Democrats can shrug off the lessons of 2014. If modern Democrats want to gain back something resembling the power they had at their 2009-2011 peak (holding the White House and Congress), they’ll have to analyze why they couldn’t get their base to the polls, and work to fix it.

Conventional wisdom held that Democrats would lose seats, and probably lose the Senate while Republicans padded their margin in the House. So the GOP wave didn’t catch many observers off guard. But why was there such a sharp rebuke dealt to Obama’s party, at a time when gas prices were plunging, House GOP investigations into scandals about the IRS and Benghazi were going nowhere, and 2014 was shaping up to be the best year for jobs growth thus far in the 21st century?

He also could have mentioned America was in the midst of an accelerating economic recovery, while seeing a sharp decline in the uninsured rate as at least 6.5 million people signed up for Obamacare. With 10 million Americans having gained insurance since the Affordable Care Act took effect, and with premium prices growing at their slowest rate in 50 years, none of the GOP doomsday predictions had come true. And yet, Republicans still had a winning message in 2014: “Obama, Obama, Obama.”

“A vote for Allison Grimes,” declared then-Minority Leader Mitch McConnell of Kentucky, “is a vote for the Harry Reid-Obama agenda.”

Republicans even used President Obama as a bogeyman in non-federal races. Republican Governor Rick Scott in Florida seldom missed a chance to disparage “the Crist-Obama team.” Next door, Georgia’s GOP Governor Nathan Deal slickly referred to his Georgia-born opponent, none other than President Carter’s grandson Jason Carter, as “a state senator from Chicago” to make the most of the fact that Carter had spent some of his childhood in the President’s home state.

Republicans were united in strategy throughout the 2014 campaign, just as they had been united in total opposition to Obama since the day of his inauguration. And with McConnell himself having made the famously correct calculation that his party could only succeed when Obama was unpopular, their strategy of consistent opposition and disparagement wasn’t surprising.

What is surprising is why Democrats went along with it – acting as though the head of their party was some sort of embarrassment, instead of an enormously gifted and historical figure who could claim to have guided America from a nadir of recession at a pace that, while frustrating, similarly advanced European economies could only envy.

The failure came down to messaging. If there’s a lesson in political strategy to be taken from the Obama years, it’s that the battle for public opinion is not won or lost before a policy takes effect, but after. If the stimulus is passed and grows our green energy sector by 2000% in four years but no one hears about it, it’s like it never happened to voters. If the Affordable Care Act directly saves lives by extending health care to deathly sick people who would have been denied it under the old system thanks to preexisting conditions, but no one celebrates that, it won’t count for anything in the following campaign.

The overlying failure of Democrats in 2014 was in their messaging.

How many Americans do you think were aware, as they headed to the polls, that 2014 was well on its way to being the best year for jobs growth in the century? How many were aware that as the Affordable Care Act was kicking in, the increases in premiums were slowing, not accelerating as they were in the old system? Almost everyone knew that gas prices were low and dropping, but either didn’t care or correctly determined that the President’s policies had little to do with the fall ( but if prices had been up, you can bet Republicans would have had something to say about it).

The economic news isn’t all good. Millions of people feel left out of the recovery because of stagnating wages. A minimum wage increase nationally would be a huge help with this, boosting the wages of more than three million Americans while giving businesses time and room to adjust. It’s a popular measure because the economic benefits aren’t hard to understand (poor people spend almost everything they earn, so an extra $120 per biweekly paycheck for the four million workers on minimum wage results in tens of billions of dollars in economic stimulus over time.)

Those are big reasons why Arkansas approved a statewide initiative to raise the minimum wage to $8.50 per hour by 2017. It might sound modest compared to President Obama’s urging to “give America a raise” to the tune of $10.10 per hour, but it’s not a stretch to think that many of the 66% of Arkansans who voted in favor wouldn’t begrudge a larger increase as well. It is, after all, one of the poorest states in the Union, which inspired a rueful saying, “Thank God for Mississippi.”

But Arkansas was ground zero for the Republican resurgence in 2014, ousting a Democratic senator who was part of a family dynasty in Mark Pryor. And it gave Republican Tom Cotton a 17-point margin over Pryor even as Cotton refused to back the minimum wage increase that was on its way to passing overwhelmingly! Cotton wasn’t so damaged by the issue in part because Pryor himself refused to get behind the minimum wage increase, citing the usual talking points about being for it in principle, but not thinking now was the right time.

On November 4 he was proved to be wrong on politics as well as policy, as the increase won by a margin that was greater than his victorious opponent’s.

Pryor could and should have embraced Obama’s proposal, giving a statewide tour to explain how it would boost tens of thousands of Arkansan families. That probably wouldn’t have been enough to save him. But it would have been the right thing to do – and laying out the argument would have made the next Democrat’s job that much easier.

Of course, Mark Pryor wasn’t focused on anyone’s job so much as he was focused on his own. It wasn’t the first time he miscalculated. The proposed gun control bill mandating expanded background checks on buyers was popular with Arkansans following the Sandy hook shooting, but Pryor sided with the NRA, taking the more unpopular position because he feared the organization’s wrath. It didn’t matter – the NRA endorsed Tom Cotton in the end. Pryor ended up with the worst of both worlds — he had sacrificed a chance to galvanize his base, and his wooing of the NRA was totally fruitless in the end.

Other Democrats can view this pygmy as a cautionary tale – though there are plenty of others from 2014.

Probably no state contest was more closely watched than the Senate race in Kentucky, where Allison Grimes was struggling to take advantage of McConnell’s terrible numbers thanks to Obama’s own low marks in the state. In a famous moment on the trail, she refused to admit that she had voted for Obama in the last election, replying only that she “respected the privacy of the ballot box.”

It wasn’t quite “disqualifying,” as Chuck Todd did, but as a response it was beyond lame. And while it’s easy to understand her way of thinking (McConnell’s entire strategy was to paint her as an Obama stooge) her evasiveness only made the problem worse for her. When you treat your party’s President as something akin to a miserable embarrassment, as your opponent pulls no punches, what do you expect the voters to think?

On election day, it was clear what Kentuckians had concluded. McConnell won in a 16-point rout, despite having the trust of just one in three voters in the state, judging by exit polls. He had successfully framed the narrative of the entire election, with help from Grimes.

And he also showed Grimes how damage control is done. After Grimes’ dodge, McConnell was asked by reporters if he had voted for Richard Nixon, the only President to resign in disgrace. “I sure did,” he said, chuckling.

The moment seemed to sum up the 2014 midterms perfectly. Hundreds of thousands of Kentuckians had gained health insurance through Obamacare (or Kentucky Kynect, as the state program is called) while the state’s economy had risen almost in tandem with the nation’s. And yet, the Democrat candidate for Senate was afraid to be tied with the man who had presided over the recovery, while the Republican cheerfully owned up to having voted for Nixon.

Grimes and Pryor still would have likely lost if they had tried vastly different tactics. Voters can be stubborn, and an army of economists with PowerPoint presentations probably couldn’t have flipped a single county in Kentucky or Arkansas. But a world in which these candidates tried anyway would be a world in which Democrats had successfully battled back in more friendly states like Colorado and Iowa – if only because, when a major party rallies around its President instead of ostracizing him, it’s a totally different ball game.

Tim Kaine, the junior Democratic senator of Virginia, understood this very well. When he was accused by his opponent George Allen of putting the agenda of Barack Obama over Virginia’s interests, his reply was golden. “Rescuing the auto industry?” He asked incredulously. “Wiping out al Qaeda? Stopping the Iraq war? That’s not being consistent with Virginia’s interests? I see it differently than you do.”

Kaine won with 53 percent of the vote, even outperforming Obama with his vaunted ground game in the state.

It’s hard not to look at the fates of Pryor, Grimes, and others and not think they would have done better if they had taken campaign lessons from this man. In any case, the crushing defeats of these candidates show that they had very little to lose with a new approach.

A lot of pundits touched on this truth with the bitter soul-searching and hand-wringing that took place after the red wave. Seeing Democrats run away from a president with so many achievements to point to, Rachel Maddow even wondered before votes were counted whether “Democrats deserve to lose.”

But the best observation of election night came not from a talking head or pundit in the days after the election, but from the Twitter account of Daily Show correspondent Wyatt Cenac.

“For all the Democratic candidates who campaigned by distancing themselves from the President… it worked,” he tweeted.

“They will be nowhere near him.” 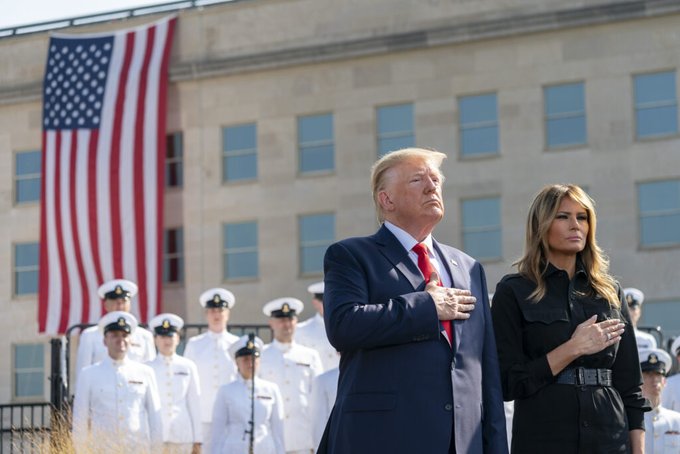 Bus Rapid Transit is the better way to go in Baltimore