We all thought the worst had come when Donald Trump won the Electoral College … well three million more of us voters did. Then he was sworn in and it kept getting worse — it keeps getting worse. And we all think, or say, “Thank god for the Mueller investigation.”

Except that 73 percent of the population believes there is a “Deep State” (cue scary music) manipulating policy in America, up from about 48 percent just over a year ago. That’s according to a Monmouth University poll made public Monday. The most shocking point about this poll is that this belief in an old and discredited conspiracy theory is spread over the entire political and social spectrum. Not just the Alt Right that now controls the White House and GOP, but even Democratic voters and independents.

Democratic voters got their deep state story when Wikileaks released the DNC emails that pointed to the Democratic Party’s efforts to put their thumb on the scales during the primaries to skew the vote to the nomination of Hillary Clinton. Now there is a belief that legislators like Minority Leader Nancy Pelosi (D-CA) is part of the establishment and is therefore not to be trusted to lead the party in the House of Representatives.

On the flipside, for the GOP Pelosi is their greatest fundraising poster child, now that the black guy and his family are out of the White House. Is Nancy Pelosi the most divisive, most radical liberal ever in U.S. government? Or is she the type to sell out progressive ideals to achieve a watered down result? Can a left-leaning person refer to her or himself as a liberal, or do they have to call themselves progressives? What’s the difference?

Those are rhetorical questions, just in case someone wanted to provide an answer. That isn’t even the point of this screed, just me getting off on a tangent. This radical fact that nearly 75 percent of Americans believe there is a Deep State controlling or manipulating the levers of power, that is the point. Talk about crazy.

Remember a few years ago when all them Texans believed a long-standing military exercise was a Deep State rehearsal for an eventual takeover of the region and the subjugation of the conservatives to the vile whims of the Obama-led government? Chuck Norris was a believer in and promoter of that conspiracy theory. How many people were rounded up and sent to the closed Walmarts for “re-education”? None of course.

It’s no coincidence this dramatic increase in the number of Americans who now believe a conspiracy theory to be true comes after nearly two years of the president and his minions pushing this idea that there is a “secret society” inside the government working against his election and now his administration.

On the other hand it’s just been reported that Cambridge Analytics, Trump’s campaign data partner, had used the private information of 50 million Facebook users to influence the election. That’s pretty deep.

There have been casualties in the belief in a Deep State: former FBI director James Comey chief among them and most recently former deputy director Andrew McCabe. In the dick move to beat all dick moves McCabe was fired by Attorney General Jefferson Sessions (at the behest of the president) just 26 hours before eligibility for his pension — after 21 years of service — went into effect. These are career law enforcement people that served under Republican and Democratic administrations — and at least two of them (Comey and McCabe) registered Republicans. If there is a God with a St. Peter at the Pearly Gates handing out awards, maybe Trump and Sessions will get to share the award for worst douchebags. Hitler and Stalin are in categories of their own.

Now the president is hiring a Washington lawyer that is a big purveyor of the Deep State conspiracy against Trump: Fox News contributor Joe DiGenova. He claims there is a cabal of people in the FBI and Department of Justice, well he told Tucker Carlson of Fox News, “There was a brazen plot to illegally exonerate Hillary Clinton; and if she didn’t win the election, to then frame Donald Trump with a falsely created crime. Everything we have seen from these texts and from all the facts developing shows that the FBI and senior DoJ officials conspired to violate the law and deny Donald Trump his civil rights.” DiGenova was referring to text messages between FBI agent Peter Strzok and DoJ lawyer Lisa Page that joked about a “secret society” within the Department of Justice and the FBI.

Later in the interview DiGenova would say, only FBI Director Christopher Wray can explain why the conspirators in his agency are allowed to continue working for the FBI and that James Comey remains America’s “… most dirty cop.” People with crazy ideas come from all over and DiGenova worked for the Department of Justice as a prosecutor and special counsel. So he is joining President Trump’s legal team. This is the guy who doesn’t want the White House to cooperate with the special counsel Robert Mueller. He wants to get in there and duke it out, with legal briefs, not MMA boxers, to exonerate President Trump.

After listening to DiGenova just once I’m beginning to question the DoJ’s hiring practices … just sayin’.

So now we’ll be getting more of this Deep State narrative, despite any facts that have emerged and will emerge from the special counsel’s investigation. Despite the indictments and the people that are now cooperating with the Mueller team to save their own bacon.

Tom Steyer knows there is a large number of Americans who are disillusioned with the president and the Republican Party. He’s the billionaire financing the need to impeach movement that has collected nearly six million signatures for a petition calling for the impeachment of President Trump. Maybe that’s part of the Deep State too … the conspiracy widens. Maybe Bill Maher is right: most Americans are too uninformed to vote. Let’s agree the election of Donald Trump doesn’t support that theory. Clinton got three million more votes.

The question is: if the majority of “conservative” voters knew how much their votes work against them, would they care? Let’s hope they do in November. 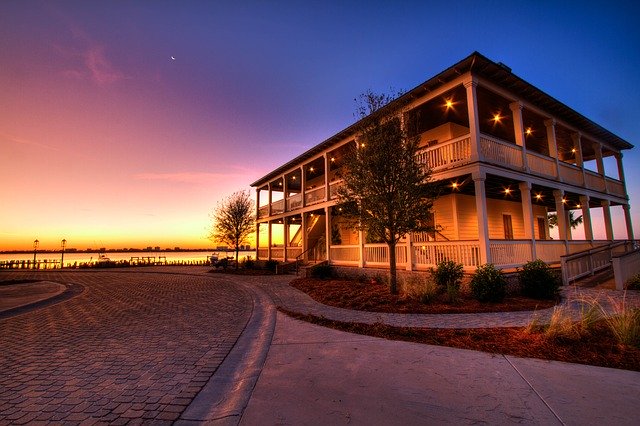 Why Rental Property Is Responsible for So Many Self-Made Millionaires