The world was given the news this morning (December 27, 2016) that the iconic actor who fought against ageism in Hollywood and helped carry the most successful film franchise in history, has passed away. She was 60 years old.

The Actress’s publicist released a statement from Fisher’s daughter, Billie Lourd that said, “It is with a very deep sadness that Billie Lourd confirms that her beloved mother Carrie Fisher passed away at 8:55 this morning. She was loved by the world and she will be missed profoundly. Our entire family thanks you for your thoughts and prayers.”

Fisher was on a book tour to promote her recent memoir, The Princess Diarist, and was flying home to Los Angeles from London, England on December 23 when she suffered a heart attack. Paramedics rushed Fisher to the nearby UCLA Medical Center where she had been in intensive care.

In later years Fisher was often on late night talk shows and could be counted on to be an entertaining guest. She also hosted Saturday Night Live in 1978 and had a lot of fun with her character, Princess Leia, who was instructed by Obi-Wan Kenobi to tell a bad joke and then in another skit she joined a beach party with Annette Funicello and Frankie Avalon.

The daughter of Eddie Fisher and Debbie Reynolds, Carrie Fisher made her film debut in the 1973 Warren Beatty film, Shampoo and then became a star when Star Wars was released in 1977. It’s comforting for fans to know they get to see her on film in the latest Star Wars film, Rogue One: A Star Wars Story.

Fisher was also an excellent writer, known for her book and then film script, Postcards From the Edge, that became a popular film. She wrote several other books as well. She was always very candid about her life, from the alcohol and drug problems, to her affairs, marriages and sex — Carrie Fisher talked about all of it.

Memorial plans have not been released as of yet. 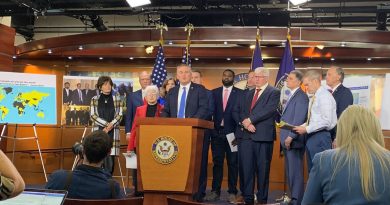 Md. elections board confronts its top administrator for ruling on fundraising without its knowledge or consent