Editor’s note: Spoiler alert. If you haven’t seen the episode yet and do not wish to know what happens, stop reading now.

Arya Stark is officially the baddest motherfucker on the planet. At least the fantasy planet. Any planet. She’s badder than Christian Yelich in all the fantasy baseball leagues, badder than even Frodo and Samwise Gamgee, badder than Harry Potter — who returned from the dead — badder than astronaut Dave, who defeated Hal and left for infinity.

Okay, maybe Superman is a fantasy leap too far, but consider this: Arya Stark spent all that time with the Many-Faced God in the House of Black and White, learning from Jaqen how to be a faceless man. To go from Arya Stark to No One, and then back to Arya Stark of Winterfell, a member of the Guild of Assassins — a faceless man.

Yes, Arya Stark is the baddest motherfucker on the planet.

People who don’t watch Game of Thrones won’t get it, nor will they care. They have no idea who Arya Stark is or why she matters in these eight seasons of drama.

In the Battle of Winterfell, the third episode of the final season of GOT, it all came down to Bran, who is now the Three-Eyed Raven versus the Night King.

But before the King of the Dead could confront the Three-Eyed Raven, there had to be a battle, the greatest battle ever choreographed and then filmed — ever. More epic than any of the battles in the Hobbit movies, greater even than the scenes in Gettysburg, which after all was a battle that was slower, taking over three days, in which nearly 80,000 very real people were killed, injured or reported missing.

We can’t really compare the Battle of Winterfell to the Battle of Gettysburg, or any other actual moment(s) from history where true suffering occurred, but we can compare it to the epic battles immortalized for the television or movie screens, like Gettysburg or the landing at Omaha Beach in Saving Private Ryan.

For over an hour the Battle of Winterfell raged on, filmed almost entirely in darkness. Yes, sometimes battles are fought in the pre-dawn hours when everyone should be asleep, not hiding in a crypt, or waiting anxiously for an undead army that can only be destroyed with Valyrian Steel, dragon glass or fire. In the darkness, with all the lights in the house off, so we can see better, the tension builds.

This episode is filled with moments of incredible stress, as we, along with the characters wait. When Daenerys and Aegon Targaryen are flying on their dragons through the dense fog, looking for undead and their king — to destroy; brave Theon Greyjoy defending Bran, waiting for the army of the dead to arrive.

The scene in the crypt when Sansa Stark and Tyrion Lannister seem to reclaim their marriage. The touching and fear-filled kiss of her hand. The Hound, Sandor Clegane, giving up and then being reinvigorated by Beric Dondarrion who shows him Arya fighting the dead with all the spirit and cunning she can muster.

The Red Woman, Melisandre of Asshai, returns, telling Sir Davos Seaworth that he need not bother killing her, she will be dead before sunrise. The witch has two more acts to perform, calling on the magic of the One True God to light on fire the swords of the Dothraki and then light the trenches.

After, while the battle still rages on, in the calm of the deserted castle halls, she reveals to Arya how they knew each other so many years earlier, in season three and even season one; “What do we say to the God of Death?”
“Not today.”

Melisandre of Asshai, had one last task: to help Arya Stark with her journey, her purpose, in the Battle of Winterfell.

In the second episode of this season Arya told her lover, Gendry, she had seen many faces of death and she looked forward to seeing the Face of Death. And so she did, but only after her final meeting with Melisandre who gave Arya strength to carry out her task, the one that would end the battle.

No one could kill the Night King, not Jon Snow, aka Aegon Targaryen. Off his dragon and chasing the Night King on foot, surrounded by dead coming back to life. The Mother of Dragons herself, with her fire-breathing dragon could not kill the Night King. Although she and her dragon saved her nephew, Aegon.

Theon Greyjoy, with his last ounce of strength, could not kill the Night King. Before he lunged for the evil king, Bran, the Three-Eyed Raven, told Theon he was “a good man” and thanked the man for his bravery. He was the last warrior standing between the Night King and Bran Stark, the last line of defense.

Then Arya Stark, of Winterfell and the Guild of Assassins, came hurdling out of the pre-dawn sky, screaming at the Night King. He grabbed her, before she could sink the Valyrian Steel dagger into his head. The dagger dropped to her other hand and she drove it into his thorax.

The White King, the smirk gone from his face, crumbled into chunks of ice, as did his lieutenants, and then the vast army of the dead, including the blue-eyed dragon. Bran Stark, the Three-Eyed Raven was safe. The Night King, the Three-Eyed Raven explained, needed to kill Bran to wipe away all memory of the world so it could remain in darkness.

The long night would end and daybreak would come — but not before Melisandre of Asshai — the Red Woman — who had lived hundreds of years just to lend her part to this epic battle, walked out into the vast, snow-covered emptiness to claim her rest, with Sir Davos watching from afar. She dropped her cloak, then removed her tiara. The conduit between her and the God of Light, and she began to age into dust.

Many of the characters we hoped would survive, did. Some did not. Theon did not, of course. Beric Dondarrion, who had been brought back to life so many times before would not arise this time, living or dead. Eddison Tollett died saving Sam. The young Lady of Bear Island, Lyanna Mormont, does not survive her fight with the giant.

Who in the crypt survived, we do not know. The dead clawed out of their crypts to attack the living. We will have to wait for episode four, although we know Sansa and Tyrion survived.

Now one battle remains — one queen set against another — to sit on the Iron Throne. Even though Jon Snow, who is really Aegon Targaryen, is the rightful heir to the throne. How does this all end? We have three episodes to figure it out. One thing seems certain: Arya Stark is not finished twisting the plot. 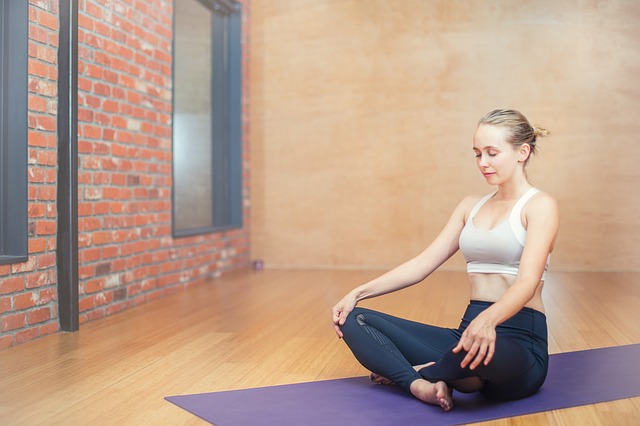 How to invest in Trade Shows to get a big ROI