A historic agreement between opposition leaders and the Ukrainian government Friday – and the sudden disappearance Saturday of (former?) President Viktor Yanukovich – mark a new, precarious stage in the fight for the country’s future.

The ferocious conflict, until now, has been entirely predictable. The dissolution of the Soviet Union created a temporary power vacuum that gave other international actors a foothold in the region – but that absolutely guaranteed regional instability and conflict once Russia regained her footing. The past week has been a fait accompli for at least twenty years.

Ukraine is irretrievably caught between the European Union and an ascendant Russian Customs Union. Both covet the country’s pipelines and native workforce. Energy and population politics have turned Kiev into a kingmaker, as The Stiftung Leo Strauss observes – and ideally, it could leverage this to its advantage, winning massive influence and payoffs in exchange for access and preference.

But that means holding the country together. Presenting a united front to the world, and negotiating with solidarity and sovereignty.

A cold winter or a cold war

The battle in Maidan suggests a different outcome. The EU and the CU are simply too powerful. Their gravity will simply tear the country apart. Ukraine may try to play the unions off against each other, but the unions will try to turn the country against itself.

“Don’t think it’s a coincidence that the #ukrainian gov’t used violence the same day that got billions from #Russia,” Senator McCain tweeted – coyly. It shouldn’t surprise anyone when reports emerge of protesters receiving payments from the United States and the EU. Evidently the standard rate for risking your life in a bloody riot is about $20 for most, and $30 if you’re a student.

That sort of cloak and dagger meddling is probably superfluous at this point. Polling consistently shows an irreconcilably divided Ukrainian public. The bonds of ethnic and national identity that have historically held the country’s vast population together are breaking in the tidal forces of global capitalism. Putin and Merkel both extend lifelines to an impoverished nation, and everyone’s reaching for whichever seems the closest.

Both sides are playing for keeps. Vice President Biden threatens sanctions. The Kremlin-funded Russia Times passive-aggressively speculates about a “Cold winter ahead…if Ukraine and Russia get tangled up in a gas war over pricing or politics and the pipes are turned off”.

The public remembers the brutal winter of 2006. They remember life under western sanctions as well. So it’s no wonder, faced with another cold winter or another cold war, that they’re starting fires in Kiev.

Ukrainians don’t need think tank wonks or smug op-eds in The Economist to explain what’s at stake. The dangers of dependence on Russian energy and the good graces of the Kremlin are obvious. And the developing world knows very well that globalization – even of the “soft”, European variety – is inevitably a mixed blessing.

The opposition’s “leadership” – a dubious designation – “are not strangers to corruption, favoritism, and the use of budget funds for personal purposes,” Kiev’s Autonomous Workers Union notes. They are relatively likely to sell out the demonstrators, given the opportunity. Protesters have already decried their Friday deal with President Yanukovich as needlessly conciliatory, and will likely face further disappointments in the political negotiations ahead.

But the backlash against the deal may signal an even greater threat to democracy in Ukraine.

The country’s ultranationalist right-wing – collaborators with the Nazis during World War II, and complicit in pogroms against Polish and Jewish populations, among other war crimes – have aggressively infiltrated the protests. Russian media has overstated their numbers in an effort to discredit the opposition, but demonstrators report that they have gained disproportionate influence.

The right is actively working to represent the demonstrations as advocacy for their own agenda, and will likely try to derail negotiations that advance Ukrainian democracy at their expense. So it is telling when Right Sector leader Dmytro Yarosh urges demonstrators to reject Friday’s compromise – in the name of his own coalition.

“The agreements that were reached do not correspond to our aspirations,” Yarosh said, according to the New York Times. “Right Sector will not lay down arms.”

Friday’s agreement proves that the Ukrainian opposition is well positioned to demand substantial concessions from the government. A return to the country’s 2004 constitution is a promising, albeit limited, first step. Parliamentary democracy in Ukraine was notoriously dysfunctional and hardly representative, but it’s a giant improvement over the autocratic presidency of recent years.

In the coming days, the people of Ukraine – both the opposition in Maidan, and their opposition outside of Kiev – will need to articulate their demands as a specific, consensus agenda. The moment for passive solidarity and brute struggle is over.

The ruling elite is already conspiring to broker a compromise that will allow them to retain their power while diffusing civil unrest and appeasing their international patrons. This will at best entail a reversion to the preferable but still unacceptably undemocratic 2004 status quo. Yanukovich’s sudden disappearance and reported relocation to more friendly territory in the east suggests a more dire possibility: a country split in two.

The right, meanwhile, will continue to press its advantage. It is unlikely to settle for anything short of a guarantee of disproportionate power. Agitators like Yarosh will incite demonstrators to reject anything else as an unfair “compromise”, and his militant supporters have already used force to suppress dissent in Maidan. They, too, may be inclined to carve up the country if they can’t win control of the east.

Without a democratic agenda, Ukraine will almost certainly relapse into further dysfunction or default into a civil war. The 10 point plan advanced by the movement’s left flank is an excellent start, but they are only a small movement in a much larger country. The people of Ukraine have made their voices heard – but they still need to decide what it is they have to say. Quickly.

Trump and Carson hold their own in GOP debate 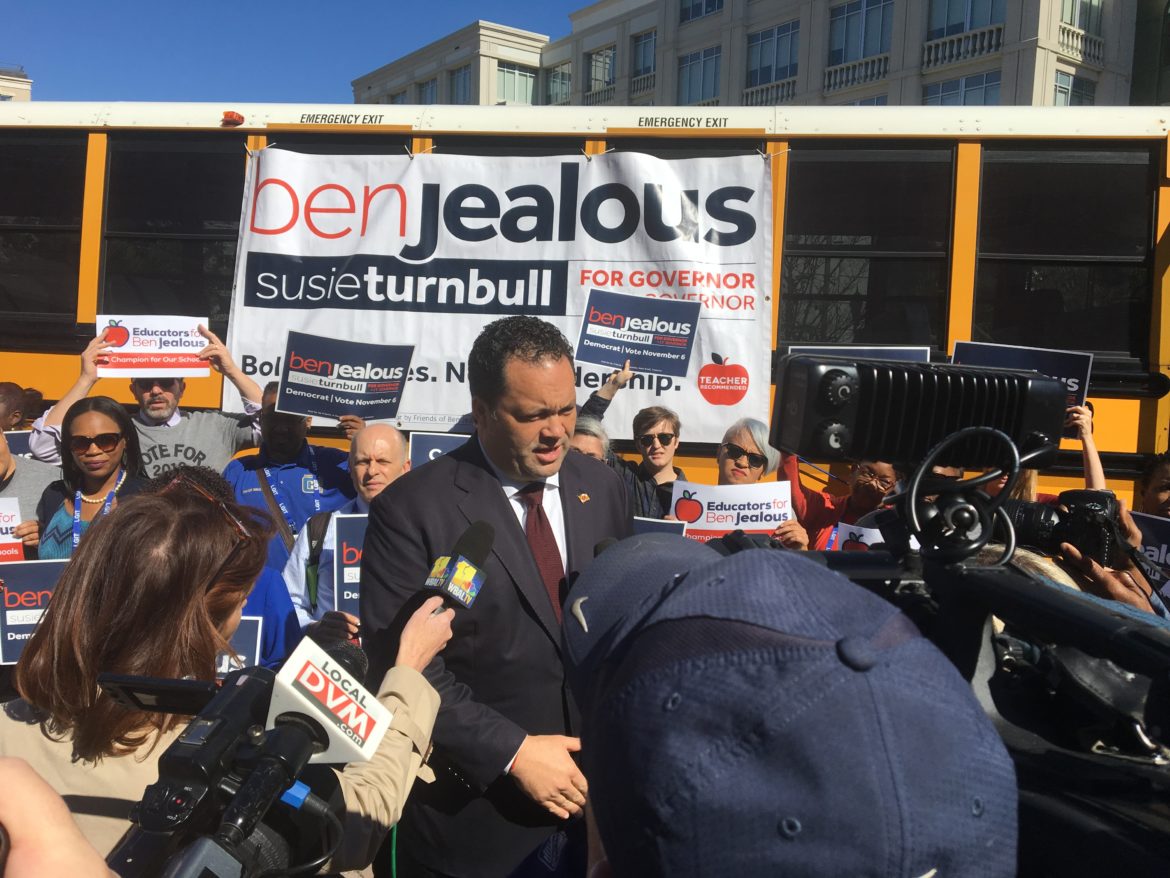 Comparing polls number from 2014, Jealous worse off than Hogan was