The budget mess that has led to plans for a special legislative session has further emboldened Republicans to seek fiscally conservative solutions to what they see as failed policies of the Democratic monopoly.

“Only in Maryland could they call an increase of $700 million a ‘doomsday budget,’” said Larry Hogan, an Annapolis real estate developer and former appointments secretary for Gov. Bob Ehrlich. “The average Marylander is just mad as hell about what’s going on in Maryland. … If they come back and further increase taxes, that’s the doomsday budget for the average Marylander.”

A year ago, Hogan launched Change Maryland, a new group that is now “a grassroots army” of about 12,000 friends on Facebook. “We’ve been adding about 1,000 people a month,” Hogan said, and now have more “likes” than the Democratic and Republican parties combined. (Gov. Martin O’Malley has three times that number on his official Facebook page.)

“I think maybe finally the people in Maryland are starting to wake up,” Hogan said. “Our leaders are completely disconnected from people in the real world,” as they propose higher taxes on the middle class, triple tolls, increase the flush tax, propose gas tax hikes with prices already over $4 per gallon.

Hogan repeatedly cites a Gonzales Research poll done in January for 15 freshmen members of the House of Delegates showing that almost two-thirds of Maryland voters say they pay too much and another third say they’re paying about the right amount.

“They want the government to do what they’re doing at home,” and determine “what are the priorities we have to fund” without new revenues, Hogan said. “Every single year they’ve increased spending by more than $1 billion,” despite a surplus left over by the Ehrlich administration. He’s worried that the special session will make that happen again.

Hogan admits that everywhere he goes “people ask me if I’ll consider running for governor.”

“I already have a day job” and he’s not raising money for any campaign, but “I’ll give serious consideration to running.” (The Hogan for governor website from 2010, when he ran until Ehrlich got into the race, is still live, but his campaign finance account is closed.)

Marty Madden would use public financing for race

Marty Madden of Howard County, who left the Senate to join the Ehrlich administration, launched an exploratory committee last month.

“Like many Marylanders, I’m alarmed about what’s happening in Annapolis,” said the former Senate minority leader. “The whole conversation is about what taxes to raise and how much to raise them. They have no appreciation for the tax burden of the average Marylander.”

Madden, 61, who owns a Nationwide Insurance agency, said he’ll spend the next 10 months exploring the feasibility of a race. “I made a difference” as a state senator, and “if I feel I can make a difference (running for governor), I’ll make a decision.”

“If I do run, it will be using public financing,” Madden said, something that hasn’t been done since Ellen Sauerbrey lost to Parris Glendening in 1994 by 6,000 votes. (Charges of massive voter fraud were rejected in court hearings, but many Republicans still call her governor.)

So far he’s loaned his exploratory committee $5,000 and does not plan on raising any money till next spring. He’s calling his committee “Marty Madden 4&Out, $250 max, Reform and Revitalize MD Committee,” signalling he could be a one-term governor.

UPDATE: In an email follow-up, Madden said 4&Out “is designed to convey my willingness to make the tough, politically unpopular decisions that may be necessary to restore Maryland’s long term economic vitality during the first four years regardless of the political consequences.”

Under Maryland’s rarely used public financing law, a candidate for governor must file the candidacy – including a running mate for lieutenant governor – then raise $250,000 with a maximum of $250 per person and no corporate or business contributions allowed. According to Madden, the state will then match that amount for the primary and put in $2 million for the general election if the candidate wins the primary.

That’s a pittance compared to the spending on the 2010 campaign — $14 million by O’Malley and $8 million by Ehrlich. Madden said voters will find some appeal in a candidate “that’s forgoing the traditional mega bucks.”

With social media and new media, Madden believes that even with less money “messages can get out a lot further and a lot wider.”

Two-term Harford County Executive David Craig is probably the best organized of the potential Republican candidates for governor, and appears the most committed to the race. Despite being term-limited and unable to run for reelection, he has a website called Craig 2014 and he’s been speaking to Republican groups around the state; in January, he had $112,000 in his campaign account, and last year, he spent $110,000 on salaries, campaign materials, equipment and fundraising.

Last week, he sent out a letter to GOP contributors asking them to contribute and join a steering committee; “I’m seriously considering running for governor,”  he said.

“I strongly believe that it is time to completely overhaul our state government. We must structurally change the way our government does business,” Craig says in the letter. “For too long, Annapolis has refused to recognize the link between the state tax structure and economic activity. This has resulted in the loss of businesses and, more importantly, jobs.”

“I am not seeking office so that I can build a political resume, I have one,” says Craig, 61. Besides his 34-year career as a school teacher and administrator, Craig has been the mayor and a city council member in Havre de Grace, a state delegate, senator and now county executive.

Lollar still in military and undecided

Charles Lollar of Charles County, who ran for Congress against Democratic House Minority Whip Steny Hoyer, in 2010 also has a website with a plan focused on budget, taxes and jobs.

But Lollar’s own plans are up in the air. While he would consider a run for governor, he’s a major in the Marine Corps reserves and has been mobilized as an intelligence officer at the Pentagon, which will last for another year.

Blaine Young, the president of the Frederick County Board of Commissioners, is also exploring a run for governor, though there is no record of an exploratory committee with the state Board of Elections.

UPDATE: In an email, Young reports: “I will be kicking things off in the middle of May – with the goal of raising $250,000 in the first 90 days. Right now I am going across the state and getting verbal commitments from big donors and getting feedback on whether or not I should proceed. The feedback has been excellent based on the record of  accomplishment in a short amount of time we have been able to point to here in Frederick County.” 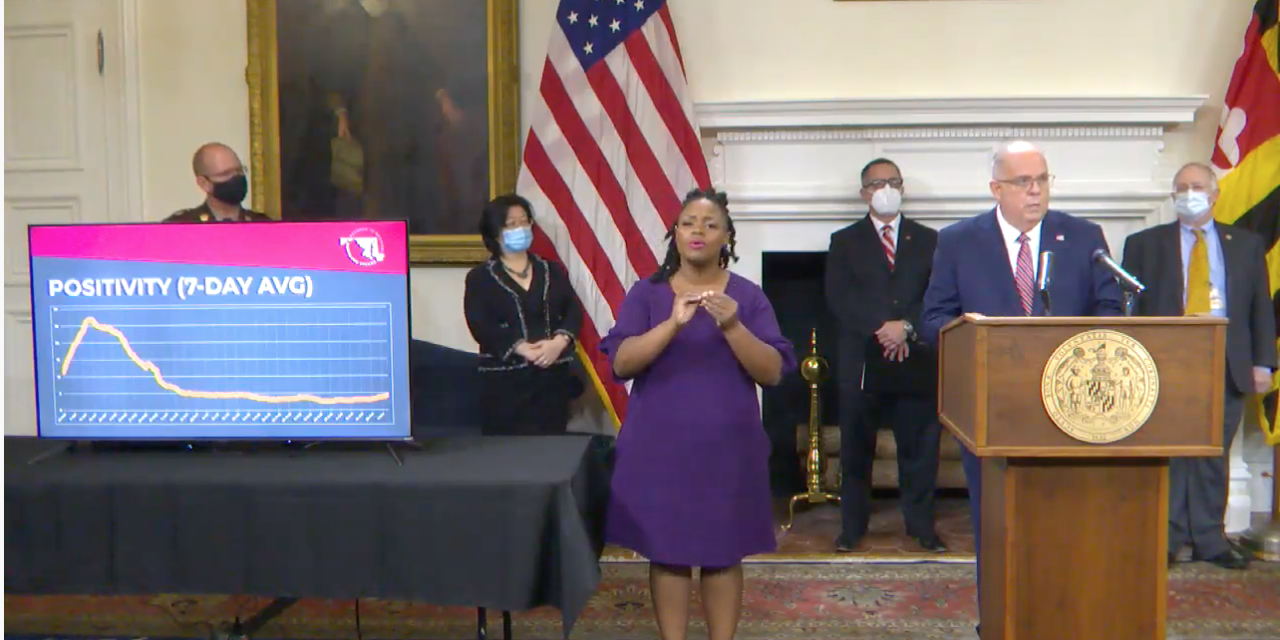