It’s becoming more and more common. Americans and Europeans are using not one, not two, but three discrete types of Internet connected devices for work, play, idle downtime, reading, and media consumption.

These break down into three main types of devices, though the lines separating them are rapidly becoming blurred. These are phones, tablets and computers.

The first of these are ubiquitous: cell phones, whose special skills are communication, though with the growth of widespread adoption of six-inch screens in the so-called phablet configuration is nibbling away at the market for tablets, which typically begin at seven inches and have no voice capabilities (other than Skype, a video chat program).

But for texting, vocal communication, and interaction on social sites, phones, for the present, remain the primary device for these basic function.

Tablets, which are commonly thought of as beginning at seven inches, are growing in size at an increasing rate. The popular seven-inch Nexus 7 is soon to be replaced by the Nexus 9, which as the name implies is nine inches. Though not formally being discontinued, the 7 is not being “refreshed” and word is that the device’s days are numbered.

This seems a bit premature on Google’s part, as sales of Apple’s iPad Mini and iPad Mini Air, both seven-inchers, are strong and the line is selling well and being aggressively marketed by Apple.

But Google rarely makes marketing mistakes, its products have been and remain huge successes, and the 9, which the company intends to sell for a profit (as opposed to underwriting the cost of the 7 and selling each unit at a loss to lure users into the Google ecosystem of apps, games, movies, music and books) will sell for $399 for 16 gigabytes of storage, $479 for the 32 gigabyte model, and a whopping $479 for the 4GLTE model. Clearly a huge leap from from the $229 for the subsidized 7, Google apparently feels it can compete with Apple and Samsung in the premium tablet wars.

The personal computer will always be with us, at our workplaces and for such tasks as media creation, spread sheet number crunching, and any task requiring a large screen. But Microsoft, still the reigning king of PC operating systems, is embarking on an ambitious project to unify these three unique markets with its new Windows System 10 (market failure of its short-lived OS 8 may have spurred the company to distance itself from that disaster by skipping a System 9 altogether).

Microsoft: The wave of the future?

But Microsoft may turn out to be the most prescient of all the computing device manufacturers. System 10 will allegedly run the entire line of Windows phones, tablets, and PCs. Yes Microsoft, with its new line of RT hybrids, which morph from tablets into full-sized laptops, is now a hardware manufacturer itself, not just an OS, productivity application program and software company.

As I mentioned earlier, the lines that neatly divide phone from tablet to computer are blurring, and the term digital convergence is being used with greater and growing frequency.

Then there are the growing number of smart TVs, Internet connected interface devices such as the Roku, Apple TV, and Google’s Chromecast.

Smart watches are still in their infancy, as are Internet connected appliances such as Nest’s popular smart thermostat for homes.

E-book readers are still popular, such as the Kindle Paperwhite,and growing cheaper but these one trick wonders are being subsumed by tablets, aggressively, as proven by Amazon’s successful Kindle Fire HDX, which is a full-fledged tablet designed for video viewing and web browsing as well, though its content is confined to all things Amazon, allowing no access to Google’s Play and its one million apps. Amazon maintains its own App Store, paltry compared to Google or Apple but the Kidle Fire is still a bargain at $179 for a seven inch device with one of the highest screen resolutions on the market.

I use my cellphone for texts, emails, voice calls and to check social sites and light web browsing. I use my Nexus 7 tablet for writing, reading, heavy video viewing and the occasional game. I use my computer for editing documents and other tasks requiring a large screen. I’ve read extensively about the future of personal computing, and about the rash of new devices seeking to unite these functions into a single, omnipotent machine combining all these functions.

I’ve seen the market change rapidly, with attempts to achieve this convergence, such as phones being bundled with docks for large screen full computer functionality, but these are in their infancy as well and widespread adoption seems doubtful.

I believe that the market , and the research and development of a single device to rule them all, and in the darkness bind them, is thrashing about for an answer, yet it remains an unanswered question.

Has the market ossified into these main three configurations or will it continue to evolve and merge into some rough beast capable of all these functions? Or will some breakthrough in technology, as yet unimaginable, come along to unite these functions?

A rocket in your pocket

There may be a way, and the key is portability. People carry their phones with them everywhere, and are pocketable. Tablets fit into purses and backpacks and briefcases. Laptops generally require their own dedicated carrying cases.

The issue of portability is very important, though I believe widely overlooked. In this case form truly defines function. What if you had a device with a folding screen? At first glance, it would appear to be a phone. Unfold the screen once and it would double in size into a tablet. Unfold it once again and it would transform into a full-fledged PC.

Don’t laugh. Folding screen technology is currently underway, with just this goal of convergence behind it. Of course much, much work remains to be done, not the least of which is to miniaturize all the internal components of a PC so they can be folded into the size of a phone.

But this may come sooner than later. Our phones today are equivalent, and in many ways surpass, top of the line computers current just seven years ago. Indeed one could run a full computer OS on many of today’s highest performance phones.

Though it doesn’t receive much attention in the press, foldable screen technology is being avidly researched today, and though it would have many uses the most noteworthy to the consumer would be one device that performs all the functions of a phone, tablet and computer. And this is the solution I would bet money on.

Working prototypes are several years away, and meanwhile phones and tablets will continue to evolve and grow in computational power.

One day soon these multi-use, three in one devices will be the great leap forward in the next generation of personal communication and computing. 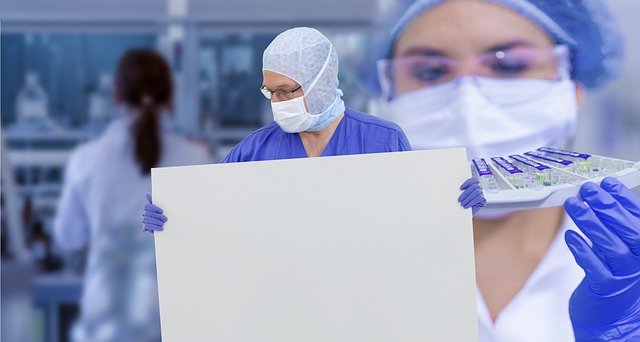