I’d move to Baltimore in a heartbeat. Working as I do on Federal Hill, my morning drive from D.C. takes me past redbrick rowhouse neighborhoods that rival those of my hometown, Chicago. Even better than the buildings, people here will give you the time of day.  D.C.’s not like that. It’s just more welcoming here.

A spirit of welcome is a hard thing to quantify, but back in the day, Baltimore did just that. Records show that almost  2 million immigrants stepped off the boat into Baltimore, as many as half of them at Locust Point. Germans, Irish, Poles, Haitians, and countless others from farther afield — Baltimore opened her doors to them.

Immigration’s my field, and it’s hard  to shut my eyes to some contrasts between how Baltimore welcomed newcomers over a century ago, and how America greets some people  today. The other day, these lines from the Baltimore Immigration Memorial Foundation jumped off the page at me:

“Passengers who were detained or delayed upon arrival in Baltimore for health reasons or suspected violations were provided adequate food and a large yard for air and exercise. Many enjoyed fishing from the pier during detainment.”

There’s something very human about that – in Baltimore, in those days, even refugees and immigrants in detention were treated with dignity. Can the same always be said for how our country handles newcomers now?

It’s not widely advertised, of course, but each day, our immigration authorities keep thousands of migrant men, women and children in detention conditions that often fall below international standards. Many of these detained are refugees and asylum seekers, and some of them are survivors of torture.

We can do better than this, and a lot of Americans think the same. We don’t have to choose between immigration enforcement and treating migrants like human beings. Both are possible. There are proven alternatives to detention.

Lutheran Immigration and Refugee Service, where I work, recently released the report “Unlocking Liberty: A Way Forward for U.S. Immigration Detention Policy.” It maps out how the U.S. government can decrease its reliance on immigration detention by increasing its partnerships with non-profit organizations to put in place cost-effective and humane alternatives to detention programs. The report documents successful programs run by non-profit organizations in collaboration with the federal government that provided legal and social services to asylum seekers and other immigrant populations.

That report, like Baltimore’s history, reminds me that things don’t have to be the way they are now. That spirit of welcome that Baltimore had – and still has – can America get it back?

Jon Pattee is assistant director for media relations at Lutheran Immigration and Refugee Service. Thanks to the housing crash, he’s tied to living in a location other than Baltimore. He is a journalist who has lived and worked extensively in Asia and the Middle East. His work has appeared in media outlets including Labor Research Review and Newsweek. In his spare time he enjoys exploring Baltimore’s neighborhoods and checking out the genius on exhibit at the American Visionary Art Museum. 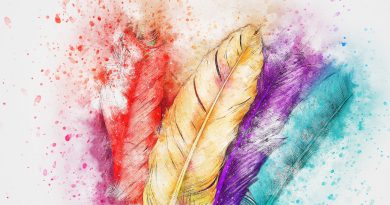