Last year, 5,522 state employees brought home paychecks that added up to $100,000 or more, according to salary figures from the Comptroller’s office. That’s about 6 percent of most full-time workers employed by the state and 383 more than in 2010.

Almost three-quarters of those making more than $100,000 were affiliated with the state’s university system. A total of 4,034 of the state’s $100,000-plus earners work at a University of Maryland campus, the USM central office, the state’s other universities and colleges, or Baltimore City Community College.

All but two of the highest paid 25 employees work for the medical school at University of Maryland, Baltimore.

The top-paid employee is Medical School Dean E. Albert Reece, who is paid an annual salary of $799,547.  Following Reece is Stephen Bartlett, chairman of the surgery department, who is paid $785,046. Third is Bartley Griffith, chief of University Hospital’s cardiac department, making $771,611.

The next highest paid employee who is not affiliated with the medical school is University of Maryland College Park President Wallace Loh, who is paid $450,000. Loh is 33rd on the list of best-paid state employees.

Top University of Maryland athletic coaches Gary Williams, who retired as the men’s basketball coach at the end of last season, Williams’ replacement Mark Turgeon, and Terp football coach Randy Edsall are all tied for 44th place with $400,000 base salaries. Women’s basketball coach Brenda Frese ranks at No. 67 with her salary of $364,648.

The listing from the comptroller’s office this year does not include bonuses or other incentives the coaches may have received that may have been included in last year’s figures.

Kirwan said that there is good reason why the university system has some of the highest paid employees in state government.

“Maryland wants to have top-rated academic programs,” Kirwan said. “We have to pay the compensation and the salaries to get the best talent.”

The highest paid non-university employee is Paul Wiedefeld, the head of the Maryland Aviation Administration and director of Baltimore-Washington Thurgood Marshall Airport. He makes $262,307 a year, the 265th highest salary in the state.

University of Maryland Baltimore officials say the amounts the comptroller’s office says professionals in the medical school are paid are accurate. However, the entire amount does not come from taxpayers.

Mike Lurie, spokesman for the university system, said figures from the Comptroller’s Office tend to include research grants that doctors bring in, as well as some of the funds they make in their private practices. Lurie said that most doctors who work for the medical school also see patients in their regular practices outside of their teaching work.

“In other words, our doctors and researchers are bringing huge amounts of money into the Maryland economy,” Fishel wrote in an email.

Neither university system officials nor officials from the Comptroller’s Office could say why these funds are included in salary calculations. Central payroll employees said the figures provided were amounts paid out by the state.

Perman said that physicians at University of Maryland Baltimore teach 60 percent of the people who become doctors in the state. To keep that reputation and to provide high quality health care instruction, Perman said some of the world’s most innovative physicians work with the university.

“We have to be leaders in the healthcare marketplace to do cutting-edge research,” Perman said.

There are state employees making more than $100,000 in most departments throughout government. However, some departments have more top-earners than others.

Here are the average salaries in agencies with more than 500 employees.

According to an analysis of full-time salaried employees, the Board of Contract Appeals has the largest proportion of employees making six figures or more, with 60% in that top range — though the board only has five employees (three of them make $100,000 or more).

Looking at larger departments, more than a third of the salaried employees at the University System of Maryland’s main office (36 percent) make six figures. And one of the three employees at the Maryland Commission on Correctional Standards is paid more than $100,000.

Employees in the governor’s office have the next highest proportion of six-figure salaries; 26 percent of them are in the top tier. A quarter of the employees in the Maryland Energy Administration and the Board of Public Works (which only has eight employees) each make more than $100,000.

The average salaries in these departments are also some of the highest. According to an analysis of all annual salaries of employees, the average salary of an employee in the University System of Maryland’s main office is $98,703. 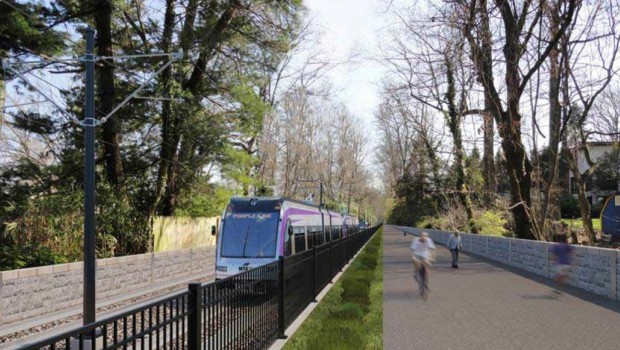 State prepares for former inmates to sign up for Medicaid